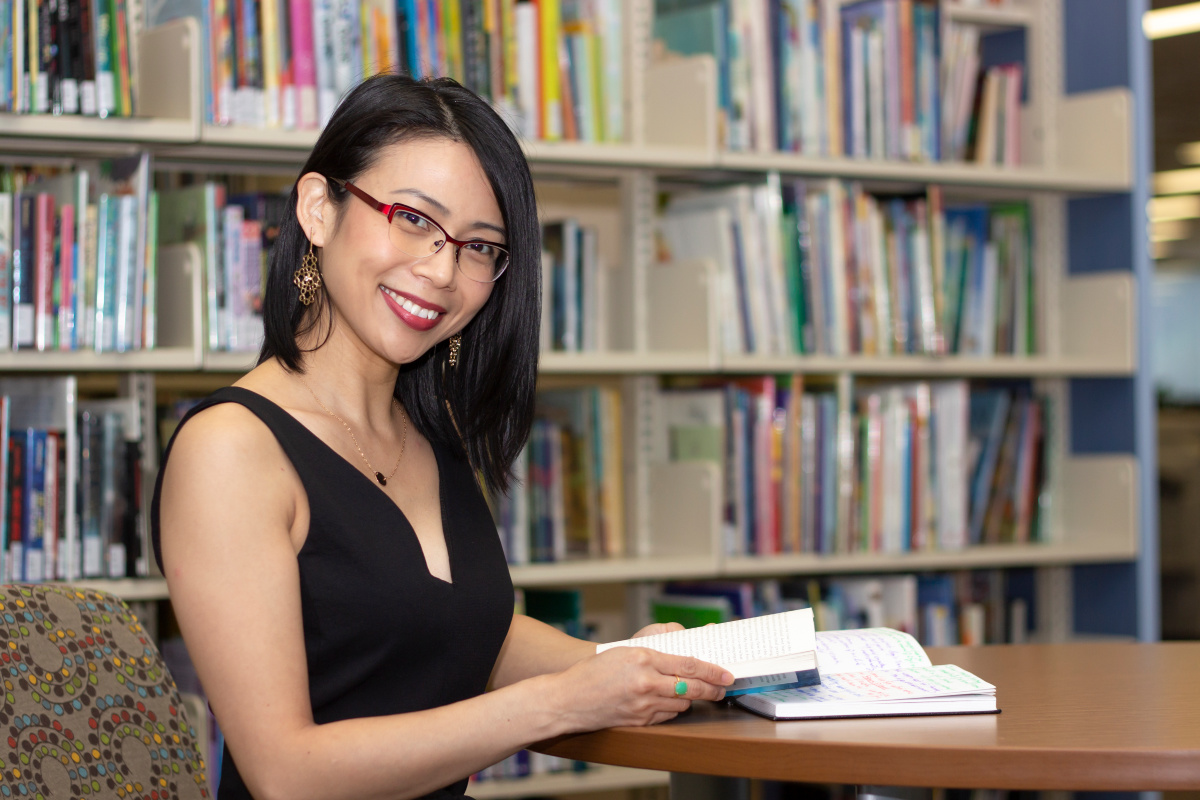 Building relationships has always been key to Winnie Yeung’s approach to teaching. But the 2019 Alumni Award of Excellence recipient couldn’t have guessed her skill at creating bonds of trust with pupils in her English language learning (ELL) class at Edmonton’s Highlands School would lead to her becoming a published author whose work would be shortlisted for two national literary awards, championed on CBC’s Canada Reads, and entered into the Library of Parliament.

In fact, Yeung (‘04 BEd), whose studies in the UAlberta Faculty of Education focused on social studies and language arts, said she hadn’t considered becoming an ELL teacher until she was approached by Highlands principal Brad Burns (himself an Alumni Honour Award recipient in 2017).

“Brad is a very asset-focused person. He said, ‘Maybe you don’t know how to teach ELL, you’re going to learn it, what I need is your ability to make connections with students,’” Yeung recalled.

So when a Grade 9 student named Abu Bakr Al Rabeeah arrived in her classroom in 2015, Yeung said she tried to think of ways to both help the newcomer from Syria learn English and integrate into the school community.

“This was in 2015, before the big wave of Syrian refugees coming to Canada, and Abu Bakr was the first refugee from Syria at our school,” Yeung said. “He felt like his classmates didn’t understand him, they didn’t understand that he came from a modern stable country before things started happening.”

Yeung said she had planned to help Al Rabeeah write a speech based on a list of 20 things he wanted his classmates to know about him, but quickly realized there was enough material for a long-form piece of writing. After three months of interviewing the student and his family, and five months of writing she had an initial manuscript. The fact that Al Rabeeah would be moving on to high school at the end of the school year added urgency to the task.

“The whole intention was to write it so he could have it,” Yeung said. “As I was listening to his stories and his family’s stories, I was so moved by their sense of resilience and their sense of joy despite the fact they went through some very traumatic things. They don’t wear themselves like victims. I just wanted to write it down for Abu Bakr, so I was literally going to go on one of those self-publishing websites and print a copy for him, a copy for me and a copy for my principal because he was so supportive of our project.”

The resulting book, Homes: A Refugee Story, which details the Al Rabeeah family’s arduous journey from Iraq to Syria to Canada, went from being sold through a self-publishing website, to being picked up by a couple of independent bookstores in Edmonton, to being published in a revised and expanded form by Calgary’s Freehand Books in 2018.

Since then, Yeung said, it’s a been a whirlwind. Homes was shortlisted for the Governor-General’s Award and Shaughnessy Cohen Prize for Political Writing, was a contender in CBC’s Canada Reads competition, and was inducted into the Library of Parliament. Literary festival appearances and speaking engagements across the country for Yeung and Al Rabeeah have ensued. But seeing the book’s impact on young readers has been just as gratifying for the author.

“It’s very empowering for kids to see that they can tell their own story and they can celebrate it in small ways and big ways,” Yeung said.

Yeung credits teacher education with helping prepare her to engage in her unique collaboration with Al Rabeeah.

“Teachers on a daily basis are dealing with students who are facing trauma, whether it’s a big trauma like abuse or a family member with cancer, or a little one like ‘oh this boy is ignoring me.’ So my sensitivity to helping students with trauma really helped because this experience could have triggered PTSD or psychological issues,” Yeung said.

“Learning to be a teacher and learning to help deal with trauma helped me work with Abu Bakr in a really gentle way. Building that trust that we learn as teachers was really important to the process.”

The success of Homes has encouraged to Yeung to pursue other writing projects, but she said she’s still all about connecting with students.

You are invited to see Winnie Yeung accept this honour at the Alumni Awards ceremony on Sept. 19 at the Northern Alberta Jubilee Auditorium. Reserve your free ticket: https://www.ualberta.ca/alumni/events/alumni-awards