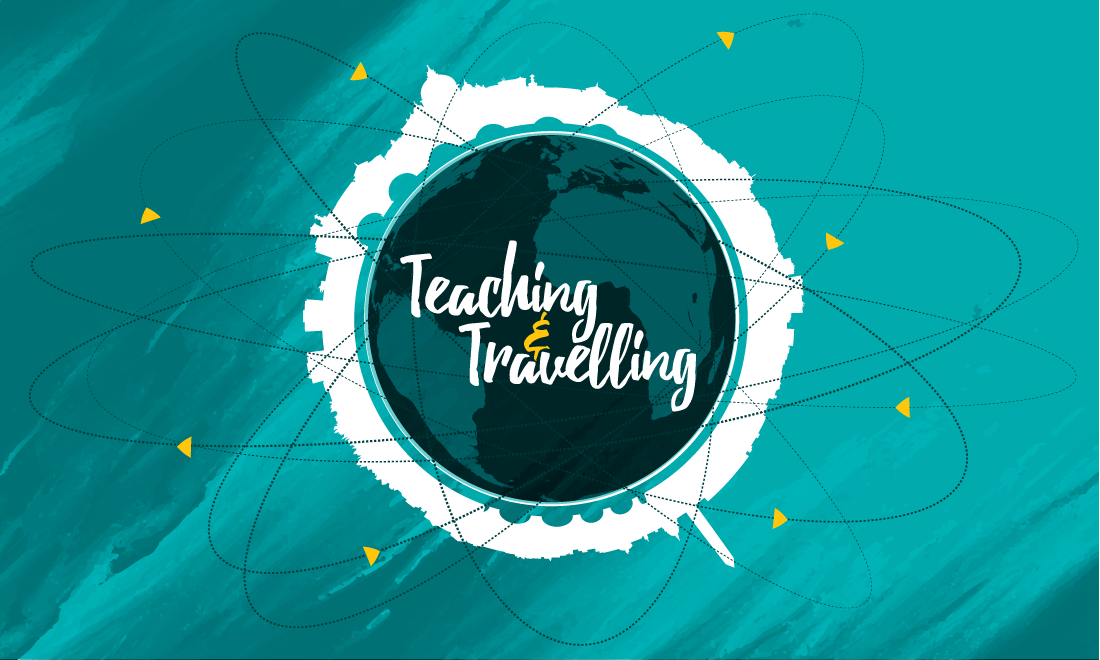 In this edition of Class Notes, Sarah Tiamiyu (BEd ‘02) tells how her education degree and a graduation gift of luggage started her on a teaching adventure that took her to some unexpected places.

What do Alaska, Vatican City, Montego Bay, and Washington D.C. all have in common? If your answer is opportunities to travel the world with a bachelor’s degree in Education from the University of Alberta then you guessed right!

In April 2002, I received my first degree in Elementary Education with a minor in Special Education. On my 21st birthday, just five months shy of my post-secondary graduation, my parents bought me a complete luggage set. I remember their exact words: “These are a symbol of many opportunities that will come your way to travel the world.” I knew those words and those suitcases were in fact my destiny.

Months, before my graduation, with travel on my mind, I applied to several school districts beyond Alberta. Montreal, Toronto and Houston, Texas were all options made available at the career fair hosted at the Butterdome. After my interview with all three school districts, I accepted a teaching position with the Toronto District School Board.

The first day of my teaching career would start that September and despite this initial adventure opportunity continued to knock. A newspaper ad told of a cruise ship recruitment firm “looking for school teachers to travel the world.” I applied and was offered a two-week contract to the Caribbean. My job title: Program Planner for Children.

Upon my return, I could not believe that I was paid to work with children from around the world and travel the Caribbean islands. I had so much fun and we were encouraged to go into the ports on complimentary tours of the islands. I locked in subsequent contracts for fall and winter break. In the fall, I would be back in the eastern Caribbean this time—Puerto Rico, St. Lucia, Barbados, Grenada and Bonaire. My winter itinerary covered the western Caribbean, including Belize and Venezuela.

My time in Toronto would span six years and two schools. During this time, I met master educators who would structure my pedagogy and fill my tool bag with many classroom management strategies. I had the pleasure of teaching to more than 200 of the most bright-eyed and curious students. In addition, the cruise contracts continued to coincide with my time off. Summer adventures took me to the Mediterranean and Alaska. I visited Vatican City, Cannes, Barcelona, Juneau and Ketchikan.

In the summer of 2005, somewhere in the middle of the Tyrrhenian Sea, a conversation with one of my shipmates from Mexico would open yet another door. An organization in the United States was sponsoring visas to teachers to teach in the United States. The visa would grant a maximum three-year stay and the option of three cities. I set my sights on Washington, D.C., Miami and Los Angeles.

In the summer of 2007 I sold most of my belongings and packed those suitcases for Washington, D.C. My first school was located three blocks from the White House. The school was a unique setting that embraced arts integration in a completely inclusive environment. The bulk of the student population were emotionally challenged and I was excited to build on my experience in special education.

Eight weeks into the school year, I met my future husband and father to my daughter. We were married in 2011 and welcomed Bianca in 2015. After four years of teaching in Washington, an opportunity to work for the Superintendent of Education was offered to me. I was hired in 2011 to work for the Office of the State Superintendent of Education, as a nonpublic compliance officer.

A post-it note at my desk spelled out my title to ensure accuracy in delivery when answering the phone: “Hello, you’ve reached the Office of the State Superintendent of Education, Monitoring and Compliance Unit, Supervisory Monitoring Specialist, this is Sarah Tiamiyu.”

The road goes ever on

My job description included traveling across the United States investigating schools for compliance with federal regulations. I felt like a superhero walking into those schools. I had been reassured by my superiors that they needed a trained eye to look beyond the bells and whistles, someone who could connect with the students and hear their story. After 11 months of non-stop travelling, I missed the classroom and missed having students to call my own.

Since 2012, I have had the honor of working at Sidwell Friends School, a private independent school catering to children of notable politicians, including those of several presidents. Working at Sidwell Friends has opened many more doors and opportunities for travel including attending conferences and programs, from the People of Color Conference (Houston 2012 and Atlanta 2015),The Project Zero Classroom and Project Zero Future of Learning both at Harvard University, and The Project Based Learning Conference in Napa Valley, California.