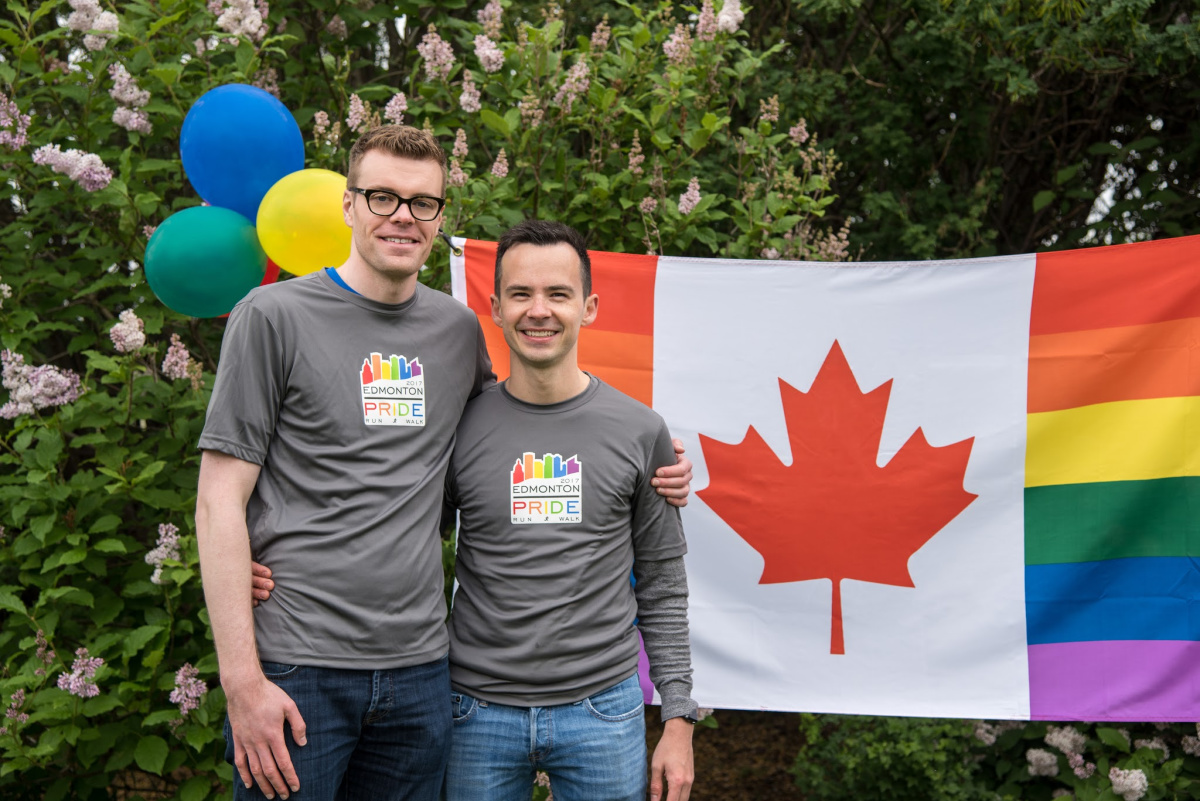 As a nursing student at the University of Alberta, Josh Bergman said access to financial support made a big difference to him at a critical time and a lasting impression post-graduation.

“I came from modest circumstances, I was the first one in my family to get a post-secondary education,” Bergman (‘05 BScN) said. “At one point, I had to pay for a spring course but I had no money, and my faculty was able to help access some money to get me through that time. And I remember thinking if I had the opportunity I’d like to give back to the U of A in some way in that regard.”

Bergman and his partner Kent Akgungor (‘06 BCom) had the idea in 2015 to start the Edmonton Pride Run and Walk as a way to combine their love of running with their involvement in the LGBTQ community. At the time, they contacted the Institute for Sexual Minority Studies and Services (iSMSS) for advice on how best to use the proceeds from the run.

At first, they donated the money they raised to the Orlando Books Collective Entrance Award, a scholarship for incoming first-year students who have shown leadership and commitment to the advancement of LGBTQ communities. But the success of the Edmonton Pride Run, which saw more than 600 people participate in 2017, prompted Bergman and Akgungor to expand the reach of their philanthropy.

“As our event grew and we were getting more proceeds, we sat down with iSMSS to talk about creating the Edmonton Pride Run endowment in 2017,” Bergman said. “Initially that was going to support some programming at iSMSS, but this year we decided to direct it to support students who identify as LGBTQ2S+ based on demonstrated financial need, because that was the circumstance I was in many years ago.”

The first Edmonton Pride Run bursary in the amount of $1,500 will be awarded in September 2019. Students in any faculty in any year of their program can apply. The endowment is funded by proceeds from the Pride Run, said Bergman, but donations are also welcome. He hopes the event and the endowment continue to grow in the future, to benefit as many students as possible.

“We want to continue this relationship we have with the U of A,” Bergman said. “We want to ensure there are a lot of students who attend the U of A who can access this.”

Photo: UAlberta alumni Kent Akgungor (left) and Josh Bergman founded the Edmonton Pride Run and Walk in 2015. This year they’ve endowed a bursary for LGBTQ+ UAlberta students in any faculty, based on financial need.