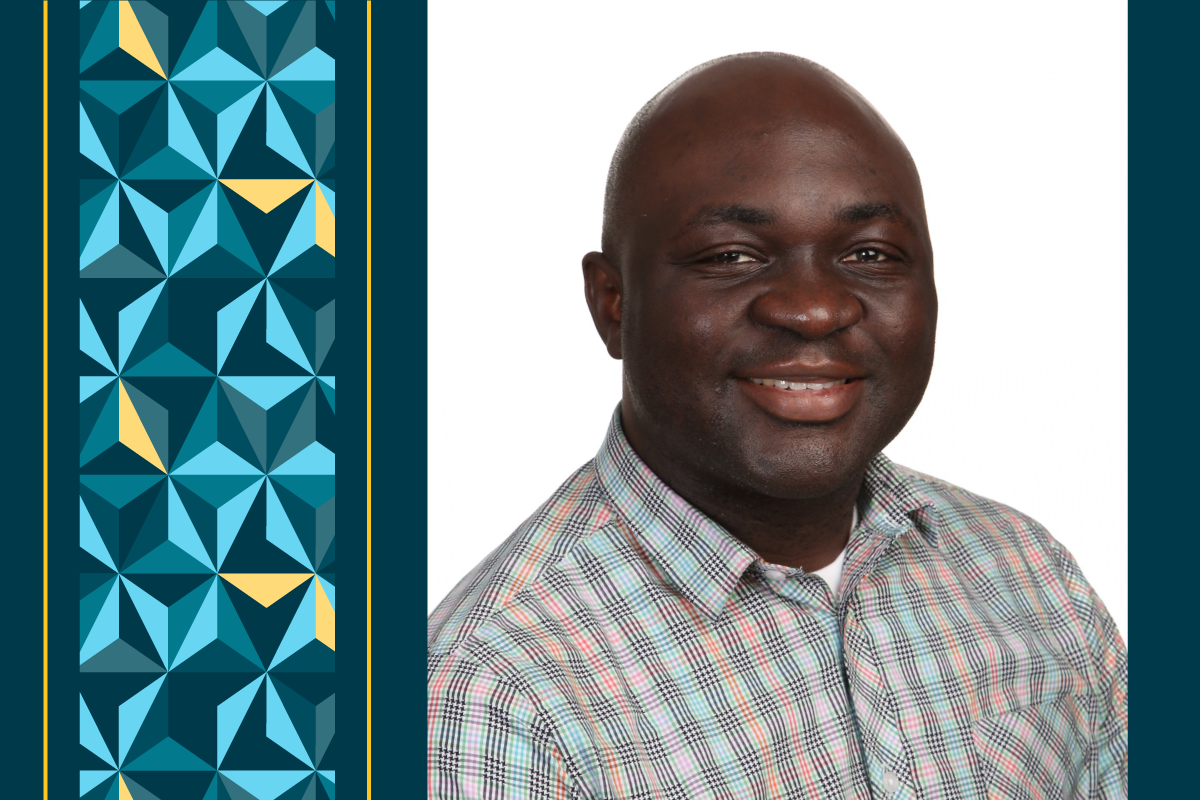 When Benjamin Denga came to the University of Alberta in 2016 to pursue his master of education degree, he wanted to get oriented to campus. But as someone with a degree in business administration who had already pursued a decade-long career in educational training and development, this meant more than wayfinding and sussing out the best place for coffee. Denga wanted to learn as much as he could about the community he would be joining.

“I think that social curiosity to discover and know the people around you regardless of where they come from, I think that’s very important,” said Denga, who is originally from Nigeria, but spent part of his professional life in South Africa prior to coming to Alberta. “I’ve always loved an environment of diversity, where people from different backgrounds could come together, work together, live together and thrive together.”

Denga said he first heard about the U of A from his brother, who was working in Ft. McMurray, and was impressed by its high rankings and the unique opportunity he saw to develop his expertise not only as an education practitioner but also in educational policy.

As he embarked on research into the integration experiences of older students returning to post-secondary education, he also became involved in the Educational Policy Studies Graduate Students’ Association as treasurer. The following year he became the association’s president, and switched to the PhD program with a new research focus.

“I had to change my research topic because at that point I became more passionate about topics around issues of social justice education, still under the umbrella of adult and higher education,” Denga said. “I was interested in the experiences of Black African graduate students in Canadian higher education. From my reading and observations I began to understand there was a disconnect between the policies around attracting and retaining these students and what the actual experiences of students were on the ground.”

This change in research focus coincided with Denga delving more deeply into the academic and institutional culture of the U of A: he helped found the Black Graduate Students’ Association in 2018; as an intern in the Faculty of Graduate Studies and Research, he became involved in helping to implement, then in assessing new professional development requirements for graduate students; he worked for the Provost’s Office researching what equity, diversity and inclusion programs existed to support early- and mid-career academics.

“It was kind of a unique situation where I was straddling the scientific and the community activism spaces concurrently,” Denga said.

Somehow Denga has also found time to be a teaching fellow at the Peter Lougheed Leadership College, a teaching assistant for the master of library and information studies program, and the program administrator for the I-STEAM Pathways Program, which provides Indigenous undergraduate students with internship opportunities in environmental research.

Not surprisingly Denga’s activities were recognized this year with the GSA International Graduate Student Award, which honours outstanding contributions by a graduate student to teaching, research and community service. He’s also a recipient of this year’s Graduate Student Engagement Scholarship, which recognizes academic achievement, leadership, community engagement, and volunteerism and/or involvement in extracurricular activities.

Contributing to the collective good

Denga is grateful for the recognition, and for the support of administrators, faculty members, staff and peers in endorsing his nominations, though he said the awards are a byproduct of his interest in enriching the campus community rather than an end in themselves.

“I was just interested in contributing and making an impact for the collective good,” he said. “I believe in working for the people, not just for myself.”

With the completion of his PhD in sight, Denga said he’s excited at the prospect of continuing and broadening his research to support the integration of international, minoritized and non-traditional students, and highlight the richness they contribute to academic communities.

“I see my doctoral program as just a beginning, a foundation,” Denga said.

While he hopes the scope of his work will be international, Denga said he plans to base his work in Canada, where he has found a community in tune with his academic goals, curiosity and optimism.

“I feel so at home in Edmonton, and I have not regretted my decision to come here and come to the U of A,” he said. “I think it’s the best place I could ever have come.”