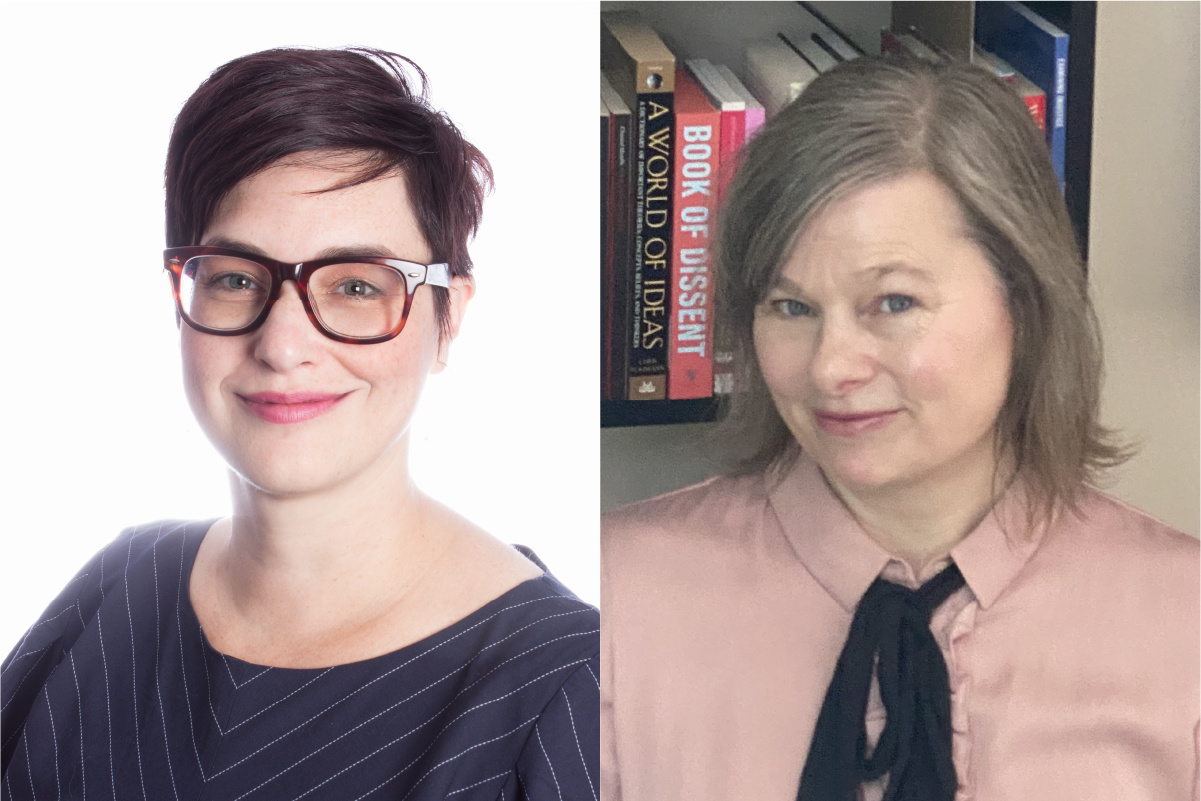 Danielle Allard and Tami Oliphant, professors in the School of Library and Information Studies, characterize patron-perpetrated sexual harassment of library workers as an invisible problem—so invisible that when they conducted an environmental scan of research on the topic, they found almost no research about it in their field. And it’s so prevalent a problem that a survey they sent to library workers across Canada received more than 500 responses, describing harassing behaviours that ranged from inappropriate comments on physical appearance and demands for personal information to sexual assault.

“As soon as we started talking about it, people had a lot of incidents to share,” Oliphant said.

The surveys are part of a research project Allard and Oliphant are conducting with Angela Lieu, a MLIS graduate now pursuing a master’s degree in Gender and Social Justice Studies, to document library workers’ experiences of third-party sexual harassment, as well as the current policies and training intended to protect them. They’ll share some of their early findings at a free noon-hour presentation on Tuesday, April 13 as part of the Feast for the Mind lecture series.

The researchers say that occupational fields with a high proportion of female workers, such as nursing, social work or retail and hospitality, tend to have more robust bodies of scholarship regarding sexual harassment than libraries. And while there are commonalities with these fields, the nature of library work is unique in ways that make sexual harassment more challenging to identify and address.

“The main challenge is that libraries are feminized or ‘pink collar’ workplaces, where the work is devalued because it’s thought in many ways to be ‘women’s work’—it’s thought to be caring work, service work, helping work, sort of like social work, so there’s a de facto relationship established that makes library workers vulnerable and gives patrons power,” Allard said.

“One of the core library values that library workers and public libraries perpetuate, which is a wonderful value, is the value of universal access, to try to serve the public well at all times. But that creates problems for staff members who become the face of this and who try really hard to meet patron needs often from a position of social vulnerability, because they are young women, or racialized, or visible members of a sexual minority group.”

“We found with some library workers, the training they did receive wasn’t specifically about how to deal with sexual harassment, but was about ‘difficult patrons’ or ‘establishing boundaries,’” Oliphant added. “So calling this what we think it is—gender-based violence—is sometimes difficult for people in the field to accept.”

Allard says she knows from teaching courses in Reference Services, which prepare librarians to provide information services and act as information resources for patrons, that there’s room for improvement on the education side in dealing with the realities of librarian-patron relations.

“A lot of the literature and research on Reference Services talks about the librarian as the person whose job it is to fulfill the needs of patrons and to be smiling and pleasing, and do what it takes so that patrons want to return to the library. Framing the issue in that way, I thought, was potentially harming students and we were part of the problem rather than the solution,” she said.

“I really want to hear from other educators about how they handle issues of violence in their classrooms. How do you prepare preservice teachers or social workers, what are the strategies used to prepare other professionals for their workplaces?”

In addition to analyzing the responses from library workers, the researchers are hoping to conduct interviews, focus groups and further analysis of existing policies and staff training around sexual harassment at Canadian libraries. They’re also preparing a book for publication later in 2021.

“The project outcomes are around better understanding the experiences of sexual harassment and using that understanding of people’s experiences to work with the library sector to develop more policies and training, and for us as library and information studies educators to be better at educating our students on this issue.”