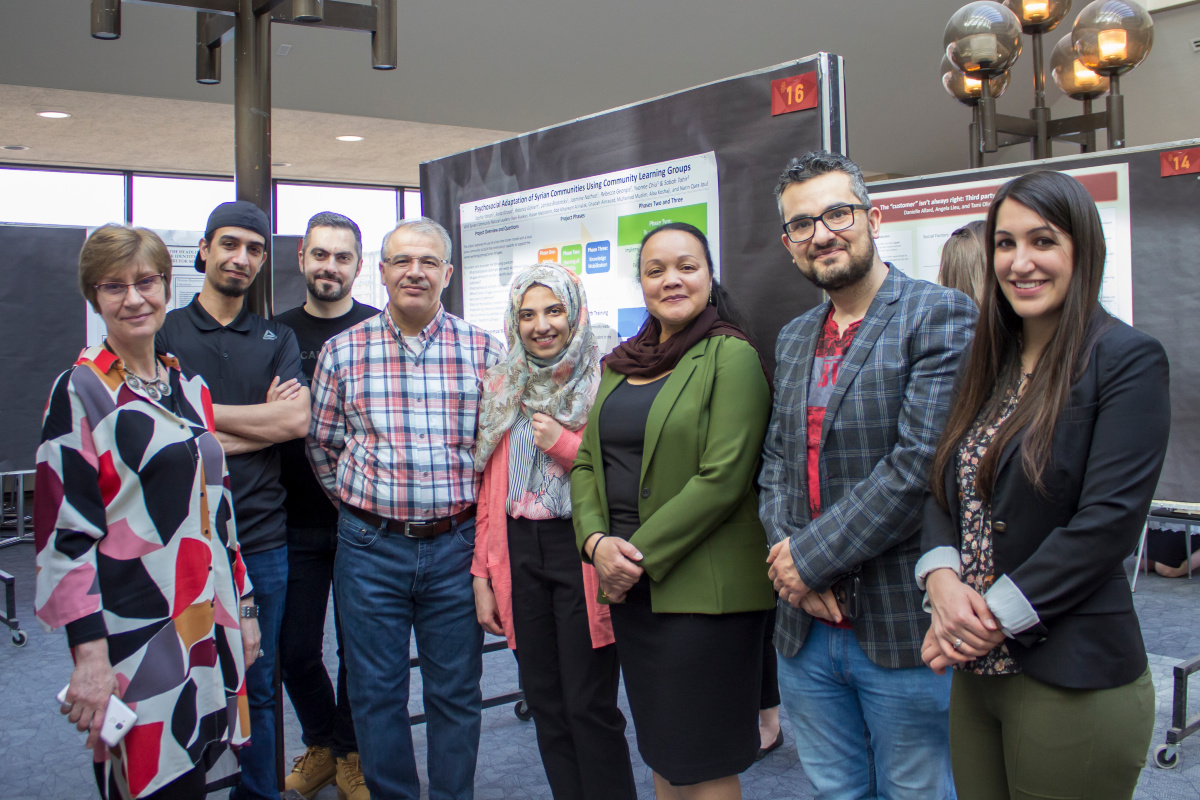 How do you find out the complex challenges and needs of a diverse ethno-cultural group resettling in a new country after fleeing war and violence at home?

University of Alberta Faculty of Education researchers Sophie Yohani and Anna Kirova, along Rebecca Gokiert from the Faculty of Extension, have embarked on a multiphase project that trains natural leaders in Edmonton’s Syrian community to facilitate conversations among its members in hopes of promoting mental health awareness and self-reliance while gaining a better understanding of the challenges they continue to face a few years into their resettlement.

As a registered psychologist and professor of educational psychology, Yohani has done extensive research on trauma and resiliency among people displaced from their communities by war and violence. She said that while the trauma of war may affect how refugees from Syria integrate into their new surroundings, it’s not the only factor.

“While there is awareness that Syrian refugees have had traumatic experiences that shape their psychosocial adaptation to Canadian society, the tendency to overemphasize post-traumatic stress disorder as the foremost factor impacting their adaptation is misleading and potentially harmful,” said Yohani. “Ongoing experiences that threaten their sense of safety—racism, for example—can be experienced as a major ongoing threat that continues to activate trauma.”

Since 2015, Yohani and Kirova, a professor of elementary education, have worked with immigrant-serving organizations such as the Multicultural Health Brokers Cooperative and other stakeholders groups in Edmonton to prepare for the resettlement of a large number of Syrian refugees, including providing trauma-sensitivity training.

Their latest Social Sciences and Humanities Research Council-funded research project builds on the work they have done preparing natural leaders in Edmonton’s Syrian community to create spaces for conversations about the psychosocial needs of community members while empowering them to find solutions to their challenges.

“It’s important for them as a group to identify what their strengths are and use each other to remember the resources that they came with, and how they can organize around that shared knowledge. That’s really what we’re most hopeful about. We call the groups Community

Learning Empowerment Groups, since behind community-based participatory research is the belief that, through dialogue and reflection, people will start to find solutions.”

Yohani says the work is partly predicated on a theoretical model called “adaptation and development after persecution and trauma” (ADAPT), which identifies five domains that are impacted by trauma: identity, attachment/bonds, safety, justice and existential meaning.

“From a psycho-social point of view, newcomers who have experienced mass violence and dislocation like the Syrians have to restore all of these psychosocial domains, recreate them in a new environment,” she says.

Learning along with community empowerment groups

In an earlier phase of the project, Yohani provided these natural leaders with trauma-awareness training and they subsequently tried them out moderating small discussion groups of Syrian newcomers. The present project seeks to increase the number of these Community Learning Empowerment Groups, with an eye to assessing their effectiveness, and creating curricula and guidelines for other groups.

“This project will have eight leaders each with a group of six to 10 community members, reflecting the diversity within the community, including different genders, ethnic heritages, and age groups. Each group will be facilitated by a Syrian community member who has gone through the training with us, but each will also have a cultural broker to serve as a liaison if community members have questions about accessing resources,” Yohani said.

“The research is really interested in the content of the discussions—what challenges they have, what strengths do they identify, what solutions do they come up—but we’re also studying the groups themselves, how they form, the solutions they propose and how that they can begin to initiate that amongst themselves.”

As this approach is assessed and refined, Yohani says the plan is to develop curricula that can be used to support newcomers from other parts of the world, Yohani says.

“The next phase is developing a resource that puts together a model of training that involves group development and training of other natural leaders in the Syrian community, but also in other communities who have migrated from conflict settings”