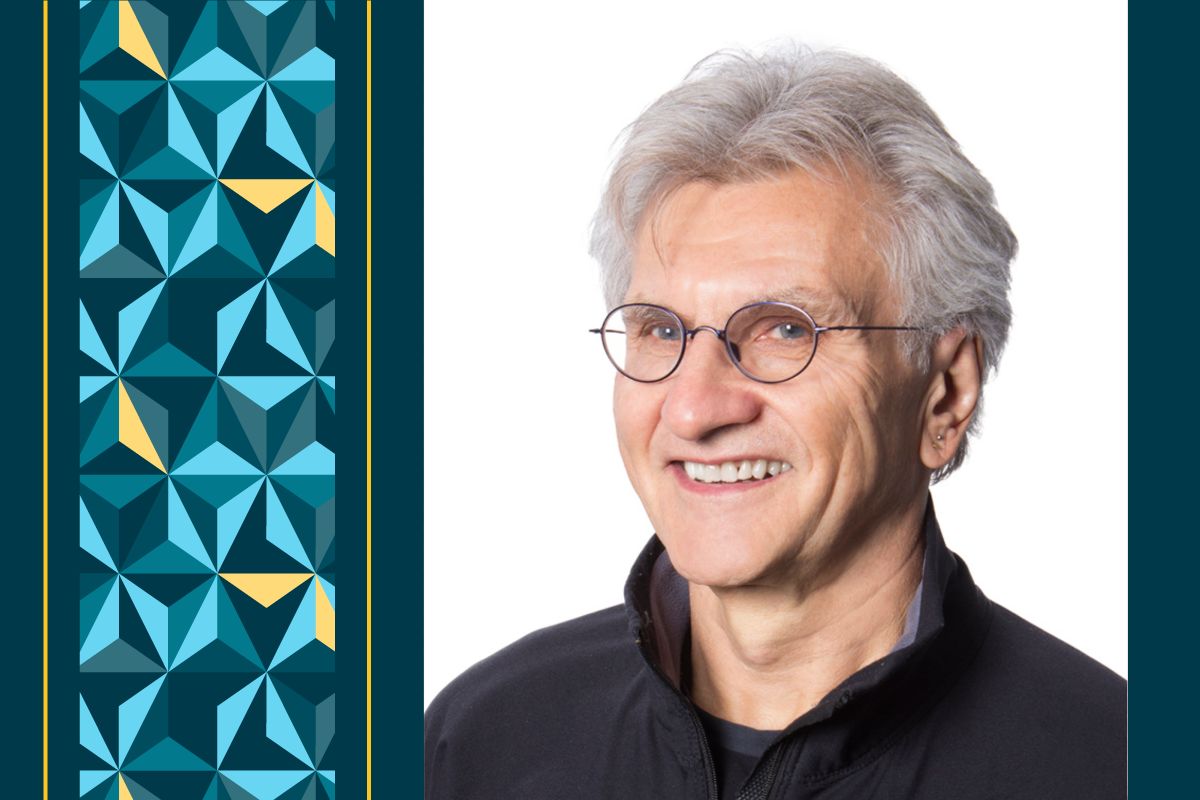 Secondary Education professor jan jagodzinski, whose prodigious scholarship and passion for teaching have earned him international recognition and the esteem of colleagues and students, is retiring from the Faculty of Education at the end of June, concluding 42 years of university teaching. jagodzinski completed his MEd (1977) and PhD (1980) at the U of A before joining the Faculty in 1983.

From early in his career, jagodzinski led the Faculty of Education’s creative thinking on curriculum as he was the first in the Faculty to offer courses in feminist studies, post-modern studies and popular culture. A prolific and internationally respected scholar whose research delved into curriculum, art education and psychoanalysis, jagodzinski’s published works include 20 books, 93 book chapters and 132 refereed articles, as well as numerous international presentations and keynote addresses.

Secondary Education professor Elaine Simmt, who retired from the Faculty in 2020, said his prodigious scholarly output is just one facet of his academic engagement and all-around vigour.

“jan has an understated intensity and passion that sets him apart from many of us,” says Simmt.

“In the course of a year jan curates a lecture series, writes a book, does a dozen invited lectures, teaches both undergraduate and graduate students, and trains for and completes a couple of triathlons. Further, he uses his influence and relationships to routinely bring international scholars to the department. Our faculty and graduate students benefited greatly from those visitors being able to not only read and listen to their ideas but interact with them in seminars and informal events. These activities create an environment from which inspired scholarship emerges.”

jagodzinski’s contributions to education research and teaching have been recognized by the U of A and the Faculty with a Killam Professorship (2011), Beauchamp Research Award (2008) and McCalla Research Award (2003). External accolades include the 2020 Ted T. Aoki Award for Distinguished Service from the Canadian Association for Curriculum Studies; the Canadian Art Educator of the Year in 2013 and the 2007 C.D. Gaitskell Memorial Lecture Award from the Canadian Society for Education Through Art; the 2011 Manuel Barkan Memorial Award and 2007 Studies in Art Education Award from the National Art Education Association (U.S.); and the 2022 International Ziegfeld Award from the United States Society for Education Through Art (USSEA).

The gifts of influence and innovation

Just as profound as his influence on the field is jagodzinski’s impact on the undergraduate and graduate students who have passed through his classroom. Lucy De Fabrizio was a student of jagodzinski’s prior to joining the Faculty of Education, where she currently serves as director of international programs.

“A number of years ago, I had the good fortune to take graduate courses taught by Dr. jagodzinski. I was drawn to these courses for the subject matter and Dr. jagodzinski’s own notable contributions to the field of research, but soon discovered his remarkable gifts as an educator and the passion he had for teaching,” De Fabrizio says.

“He clearly had tremendous respect for his students, supported their learning, and made his courses relevant to their own areas of research. And despite his many accomplishments, he always carried himself with humility. He was always one to hold up the work of others and encourage students to engage with the research and courses of colleagues both in the Faculty and beyond.”

Professor Jason Wallin says jagodzinski was influential in his decision to pursue his PhD at the U of A, and continued to mentor him and influence his work as a peer and colleague in the Faculty of Education.

“As with many other students, it was jan’s innovative and ‘mind-bending’ scholarship that drew me to doctoral studies at the University of Alberta. I quickly realized that jan’s formidable thinking was paralleled only by an immense generosity so rare in academia. In the spirit of the greatest teachers, jan catalyzed my passion for theory and philosophy while continually making space for my scholarship within his many projects and symposia,” Wallin says.

“jan’s inimitable style encouraged me to develop my own voice while his unrivaled work ethic cultivated in me the aspiration of continual searching and cultivation of new terrain for thinking. I will always consider myself jan’s student as I will forever be indebted to the gift of influence and innovation, he readily shared with both myself and so many across the world.”

jagodzinski’s passion for teaching and research has been matched by his passion at first for marathons beginning at the age of 18, then for triathlons in the mid-80s. In 2004 he won a slot to compete at the Kona Hawaii Ironman World Championship placing third at the Canadian 70.3 IM in Penticton that same year. Good fortune allowed him to compete at the 70.3 Half-Ironman World Championship in Mont-Tremblant, Quebec in 2014, qualifying for this slot in the 70.3 IM Canberra, Australia having finished in second place; and then at the World Championships in Zell am See, Austria in 2015, qualifying for this slot at the 70.3 IM in Monterrey, Mexico where he came in first. He will compete in the 70.3 IM world championships, which will be held at Taupo, Waikato, New Zealand, in 2023. The slot was won in 2019 at the 70.3 IM Gydnia, Poland, competition where he finished second in his age-group. Due to COVID, the championships have been postponed for three years.

jagodzinski has been part of the Canadian National Triathlon Team, competing in the 2012 World ITU Championship triathlons (Olympic distance) in Auckland, New Zealand; in the 2018 ITU World Triathlon Multisport Championship (long distance Aquabike) in Fyn, Denmark; in the 2019 ITU World Championships in Edmonton (Olympic distance), and in the ITU World Championship, which will be held at Abu Dhabi in November of 2022 (Olympic distance). jagodzinski says he feels his best and most memorable achievement was the Maraton d’Italia in Modena, Italy in 1998, when he turned 50. He placed fifth in his category of 80 competitors, winning a bronze medal (extended then to the fourth and fifth place finisher) in the sweltering heat of 30 degrees Celsius with a time of time 3.09.27.

Heartfelt gratitude and best wishes on your retirement, Dr. jagodzinski!