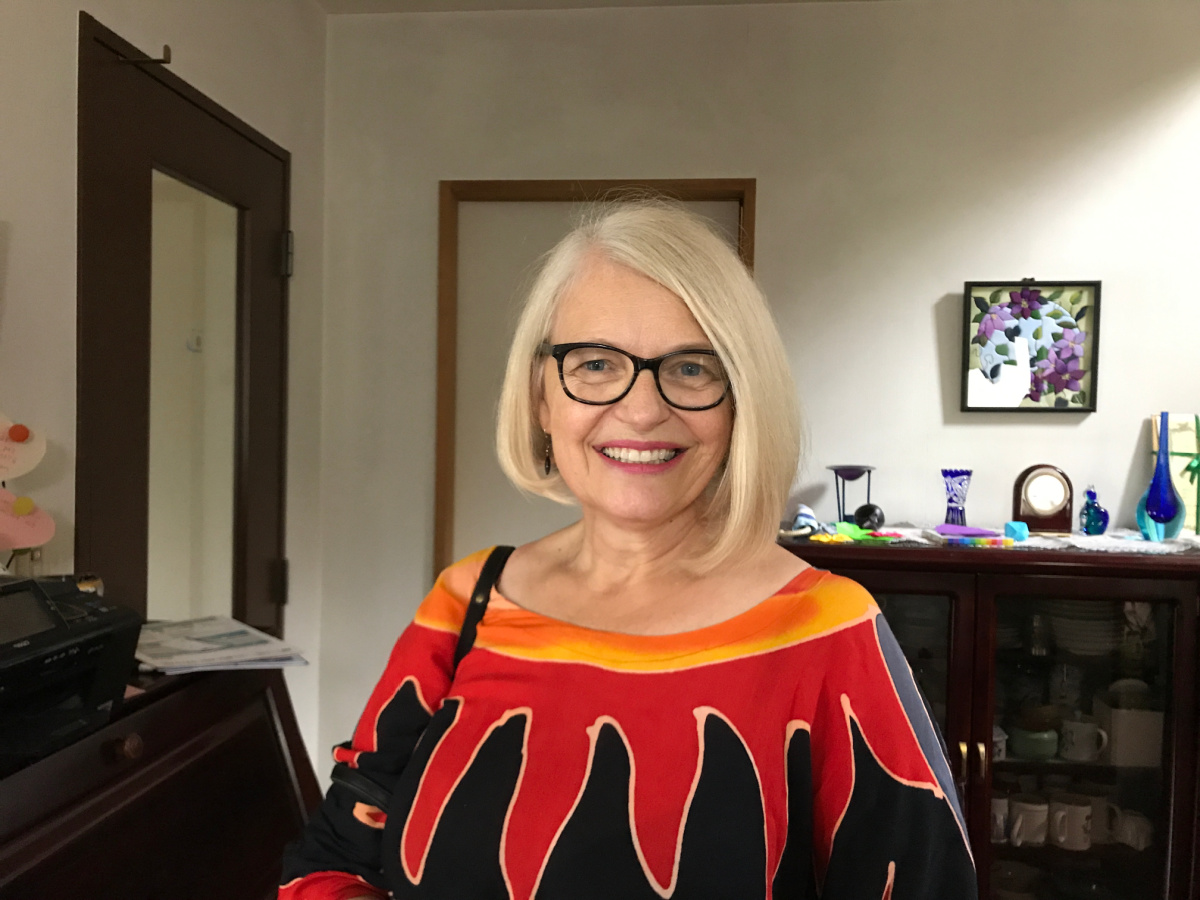 Secondary Education professor Dr. Olenka Bilash has announced that this fall she will begin journeying towards a phased retirement. She will continue working with her current doctoral students and conducting research with an official retirement date set for August 2024.

An eternally curious scholar whose cup is – as she puts it – always more than half full, Bilash is praised by her colleagues as a positive force that has helped internationalize the university through her roles as an educator, a researcher and a diplomat.

“Over an incredible career, from Edmonton to Sapporo to Kyiv, Olenka has built bridges between a wide range of research disciplines, and led a significant set of intercultural dialogues to success,” says Oliver Rossier, a senior officer in the Faculty of Arts who has worked with Bilash on multiple research projects. “The university has been very fortunate to have her.”

“She has been recognized times over for her expertise and for her innovative approach to teaching,” adds Tom Dust, a professor of secondary music education and a colleague of Bilash’s. “Olenka is, without doubt, one of the most outstanding educators in our field of education.”

For as long as she can remember, Bilash has had a gift for connecting with others.

“When I was in high school I even won my school’s citizenship award, given to a student who was a sort of ambassador for the school by representing what education has to offer through participating in multiple activities and academic programs,” she says.

Today that sense of citizenship and connection has spread beyond her high school days in Manitoba into other parts of Canada and the world.

By the time she began pursuing a PhD in secondary education at the University of Alberta – where she was a prestigious Killam Scholar – Bilash already had multiple post-secondary credentials under her belt, including two undergraduate degrees, a teaching certificate and a master’s degree in cultural geography. She had also already gained years of experience as a second language teacher, supervisor, consultant, curriculum developer and conceptual designer.

After completing her PhD, she taught Canada’s first Indigenous language methodology course at the University of Calgary. In this role, her reach extended beyond the classroom and into Indigenous communities throughout Alberta and Saskatchewan where she worked with others to develop resources for teaching and preserving Indigenous languages.

“I look back on that experience with joy,” she says. “There were a lot of moments of laughter and fun that are rooted in working with those communities and learning from them.”

In 1992 she joined the Faculty of Education and was quickly recognized as an authority on second language education. For over 30 years, she has mentored and prepared future educators at both graduate and undergraduate levels and has served on several committees promoting multilingual and inclusive education.

She has also pursued many international opportunities such as teacher education seminars and courses in Brazil, Cameroon, China, France, Germany, Korea, Malaysia, Mexico, South Africa, Taiwan and Ukraine, and mentored graduate students from around the world. She has particularly enjoyed mentoring international undergraduates on short-term research projects.

“I love teaching because I am a lover of learning myself,” she says. “I love the growing awarenesses, the ‘a-ha’ moments and problem solving that we are all capable of. Our ability to change the world is immeasurable, and I love watching the eyes of learners sparkle when they begin to understand a concept.”

In addition to working within the Faculty of Education, Bilash has also worked extensively with institutions such as the Canadian Institute of Ukrainian Studies and the Prince Takamado Japan Centre for Teaching and Research, extending the reach of her expertise even further.

“Dr. Bilash is an inspiring colleague to work with, and her expertise and work in second-language learning and curriculum development have benefited learners and educators alike, both in Canada and in many countries abroad,” remarks Natalia Khanenko-Friesen, director of the Canadian Institute of Ukrainian Studies.

“She is the kind of person whose presence changes the atmosphere, lighting up everyone’s mood,” says Aya Fujiwara, director of the Prince Tamakado Japan Centre for Teaching and Research. “She also understands people of different cultures and languages – gaining lots of respect from [different] communities – which makes her an academic diplomat with great communication skills.”

Throughout her career, Bilash has also been recognized for her contributions to her field. In 1999 she was awarded the Rutherford Award for Excellence in undergraduate teaching, the Faculty’s Undergraduate Teaching Award, the Northern Alberta Heritage Language Association 20th Anniversary Award, the Stephen A. Freeman Award for the best published article and the Tribal Chiefs´ Association Award for her contribution to developing Cree language materials.

In 2010 she was named a prestigious 3M National Teaching Fellow, and in 2020 she received the Het’man award from the Ukrainian Canadian Congress of Alberta and recognition for social contribution by the government of Hokkaido.

“I am honoured by the awards and recognitions I have received, and I am especially grateful for all the opportunities I’ve had through the Faculty of Education,” she says.

“Making colleagues across campus by serving as associate dean of the Faculty of Graduate Studies and Research and on many committees has enriched my intellectual world. The cutting-edge research conducted on our campus, the wealth of knowledge of faculty, the commitment of support staff and the energy of our students are my ikigai - a reason for waking up every morning!”

After retirement, Bilash plans to stay active in language education and international relations.

She will continue working with a group called Polylino, promoting early literacy by introducing multilingual books early in child development. She also holds the position of Honorary Consul General of Japan in Edmonton (where she is currently serving her second three-year term) and is heading a project developing educational videos about the UN Sustainable Development Goals for Ukrainian speakers.

“These will help Ukrainians rebuild their country with sustainable cities and infrastructure in mind," she comments.

Lastly, she’s involved in a project with members from parts of northern Uganda to help develop resources to combat the stigma of HIV/AIDS through elder cultural knowledge and language preservation.

In addition to these ventures, she will pursue her own passions, like spending more time with family, especially quality time with her three curious grandsons.

“My grandmother knows the answer to everything, and if she doesn’t know, she knows where to find it, all you need to do is ask,” says her middle grandchild to others when they ask ‘how do you know?’

With her mother, she plans to put together a family history that includes stories that capture the personality of her family members. She’d also like to seize unique opportunities, like taking trips to remote parts of Canada she’s never visited.

“My adventurous spirit has definitely been revived,” she says. “As the saying goes, the world is my oyster and I look forward to the opportunities that come my way!”