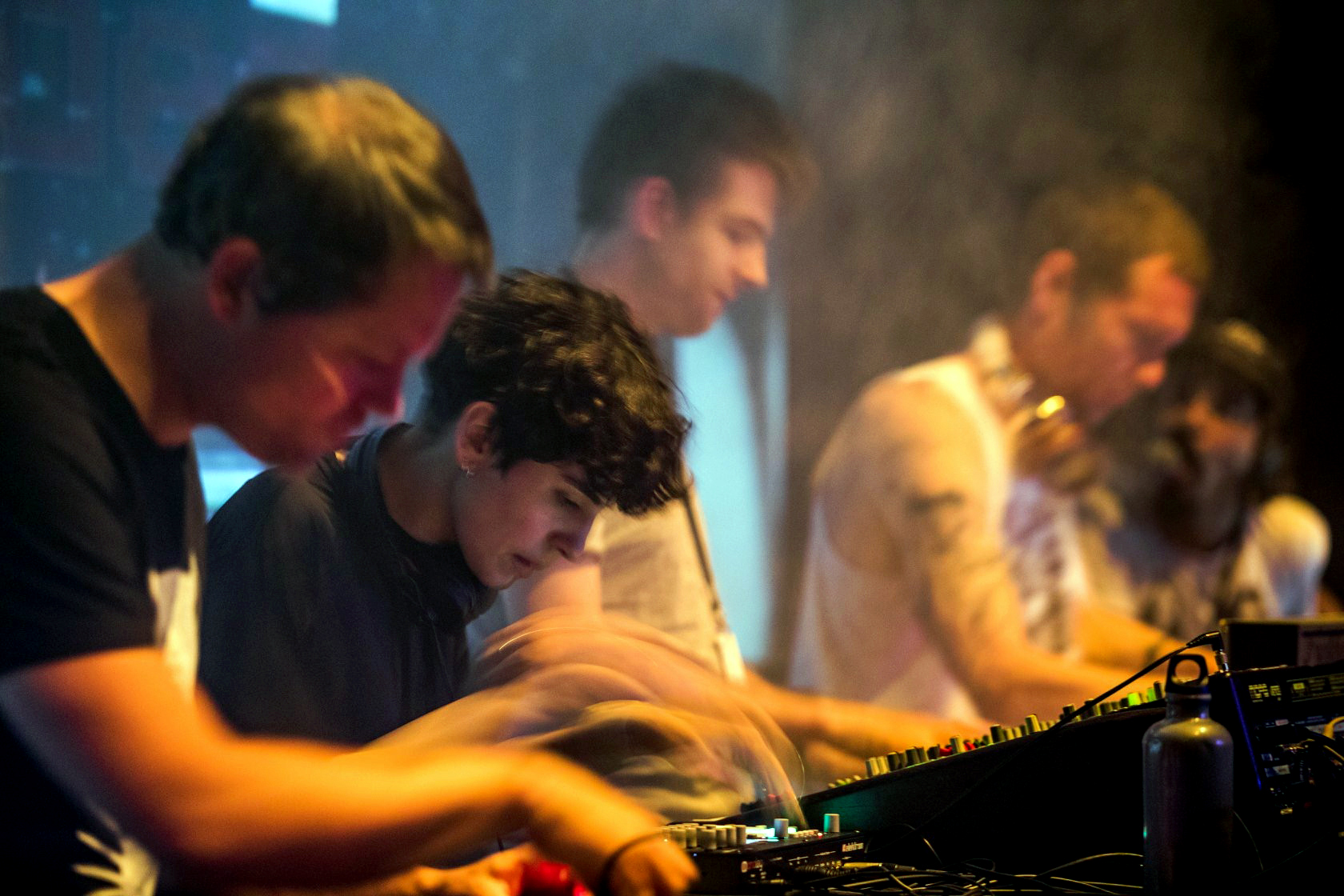 We asked some of our Faculty of Education professors to tell us what they’re doing this summer (spoiler alert: they’re keeping busy). Read Part One of this year’s ongoing series.

This summer, I was invited with my research group to play Bergen’s Festspillene International Art Festival. Little did I know that we would be playing to an audience of over 5,000, including the Queen of Norway. Even my mom doesn’t believe me.

As an aspect of my research, I perform with the electronic collective Landscape of Hate, an improvised multimedia project that aims to promote the public voice in framing pluralistic dialogues about how we negotiate various forms of hate in our society. Our events in Norway consisted of panel discussions, debates, art expositions and live performance. The sounds used in our performances are derived from the Internet, research interviews and other public sources, making each performance highly singular. For this particular event, we collaborated with local university students over a three-day intensive workshop to collect local “sounds of hate,” which were used across our two live performances. Our Bergen shows represent our fourth public performance; most recently, the electronic ensemble performed in Montreal at COOP Katacombes as part of an interdisciplinary summer institute in the arts and media for the creation for public change.

Landscape of Hate was originated by Vivek Venkatesh (Concordia University) and Owen Chapman (Concordia University) as part of the Grimposium festival and conference series and the SOMEONE (Social Media Education Every Day) initiative. It additionally features electronic musicians softcoresoft (softcoresoft.com) and anabasine (anabasine.ca) as well as the visual design and live projections of David Hall (uneasysleeper.com).