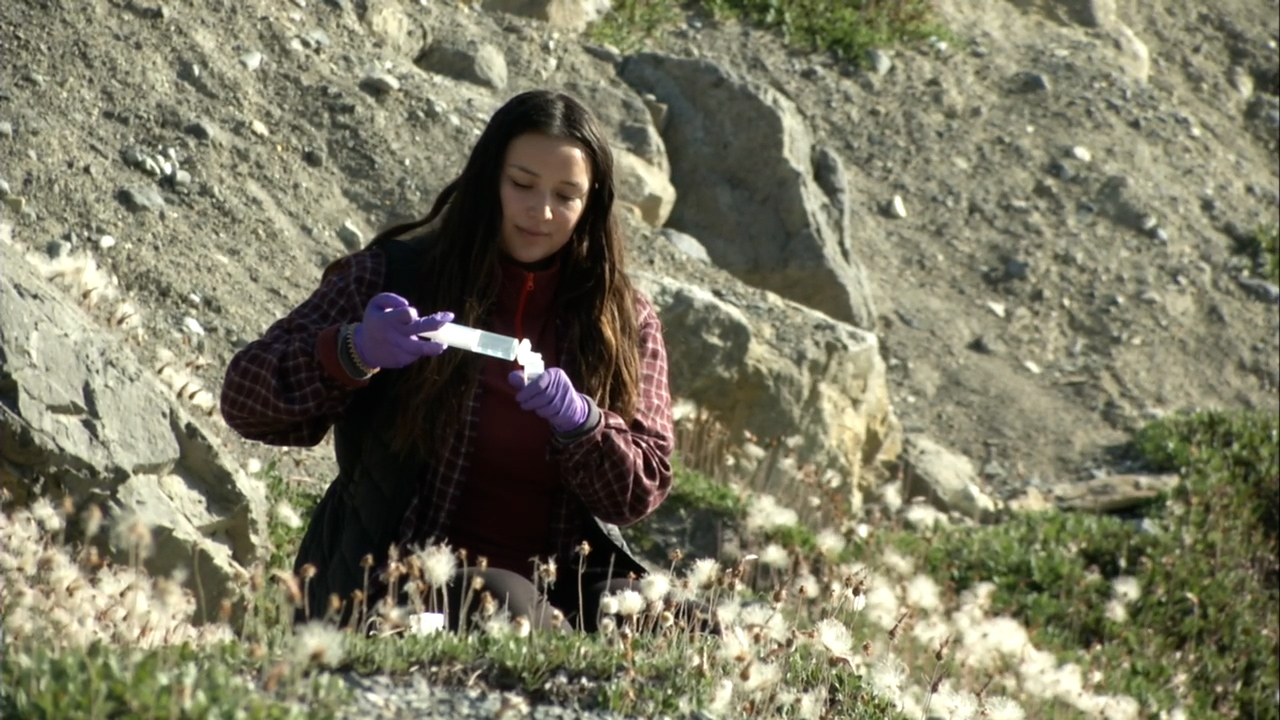 A new program with an unlikely genesis saw Indigenous UAlberta students serve as paid interns on environmental research projects this past summer. The goal of the I-STEAM Pathways program, conceived by an Education professor, is to facilitate First Nations, Métis and Inuit youth exploring potential career pathways while undertaking interdisciplinary research in fields such as biology, technology, environmental engineering, policy, and law.

Makere Stewart-Harawira, an Indigenous (Maori) Professor in the Department of Educational Policy Studies, says the way the program came about underscores the importance of interconnection and relationality. In 2012, she was enlisted by Chief Bill Erasmus, then leader of the Dene Nation, to organize a public meeting which brought together First Nations Chiefs, community members, experts from the University of Alberta, government representatives and mine officials regarding a significant spill of coal ash from the Obed Mountain coal mine into a tributary of the Athabasca River. When the case finally came to the Provincial Court, in addition to ordering the mine’s owners to clean up the spill, Alberta Justice used creative sentencing to oblige them to fund Indigenous environmental education programs for Indigenous youth, to be overseen by the Alberta Energy Regulator.

“The Alberta Energy Regulator called our graduate environmental educational policy studies coordinator, who gave my name. It was coincidental that it came to me,” Stewart-Harawira said. “So I called my colleagues in environmental law, engineering and biology, sketched an outline for a proposal and we submitted it. Various other communities did as well. Our proposal won the award, as it happened, so that’s how I-STEAM came about.”

Created in consultation with Ray Cardinal of the Paul First Nation Industrial Relations Corporation, the I-STEAM Pathways program this year comprised a wide array of environmental research opportunities 10 to 16 weeks in duration, spanning subject matter from Resource Economics and Environmental Sociology professor Debra Davidson’s work on monitoring the social and environmental impacts of resource extraction in the North, to Engineering professor Michael Lipsett’s development of amphibious robots to conduct environmental monitoring, to Earth and Atmospheric Science professor Tara McGee’s investigation of the impacts of wildfire smoke on Indigenous communities. In all, interns supported research on 13 projects.

“I’ve always seen a need to have more Indigenous people coming in and doing environmental-related work at universities to enable their communities to better respond to environmental issues and concerns,” Stewart-Harawira said. “This was a fantastic opportunity to make something like this happen.”

Launching its first cohort in May 2020 meant that I-STEAM had to proceed under the constraints imposed by the coronavirus pandemic. Instead of the planned in-person workshops, program organizers and leaders, Elders and interns had to meet virtually.

“We had five days of online interactions and that worked well,” Stewart-Harawira said. “We had Elders, we had people talking about law and biology, Indigenous research, working with communities. One or two of the interns, and this was really moving to me, they did say this was the first time they’d had the opportunity to interact with Elders. We opened and closed the week with protocol and sharing circle, and even though it was online, the interns seemed to get a lot out of it.”

Second-year Juris Doctor student Kienna Shkopich-Hunter interned with Law professor Cameron Jeffries, who is investigating Indigenous law in the context of environmental conservation in the Athabasca River ecosystem. Though the pandemic prevented the visits to Indigenous communities she hoped would be part of the work, Shkopich-Hunter said the experience introduced her to an emerging area of legal scholarship she hadn’t encountered in her studies.

“It’s exciting because a lot of communities haven’t begun this work, so it’s really cool to get to see the beginnings of this process, whereas when you’re working the Canadian legal system you’re looking at very old precedents in the common law,” she said. “Obviously, Indigenous laws have been around for thousands of years, but we’re only just figuring out how they can be applied within the Canadian legal system.”

Fourth-year Science student Sydney Enns was able to engage in fieldwork under the supervision of biology professor Vincent St. Louis, who is examining the effects of rapidly receding glaciers on water quality in the headwaters of the Bow, Sunwapta, Athabasca and North Saskatchewan Rivers. Enns said working alongside graduate students has helped clarify her options after completing her undergraduate studies.

“This internship helped me understand a lot of things about a research program and collecting data and conducting fieldwork. It’s helped me solidify my future career goals,” she said. “I was thinking about graduate school before, but I think it’s something I will do for sure.”