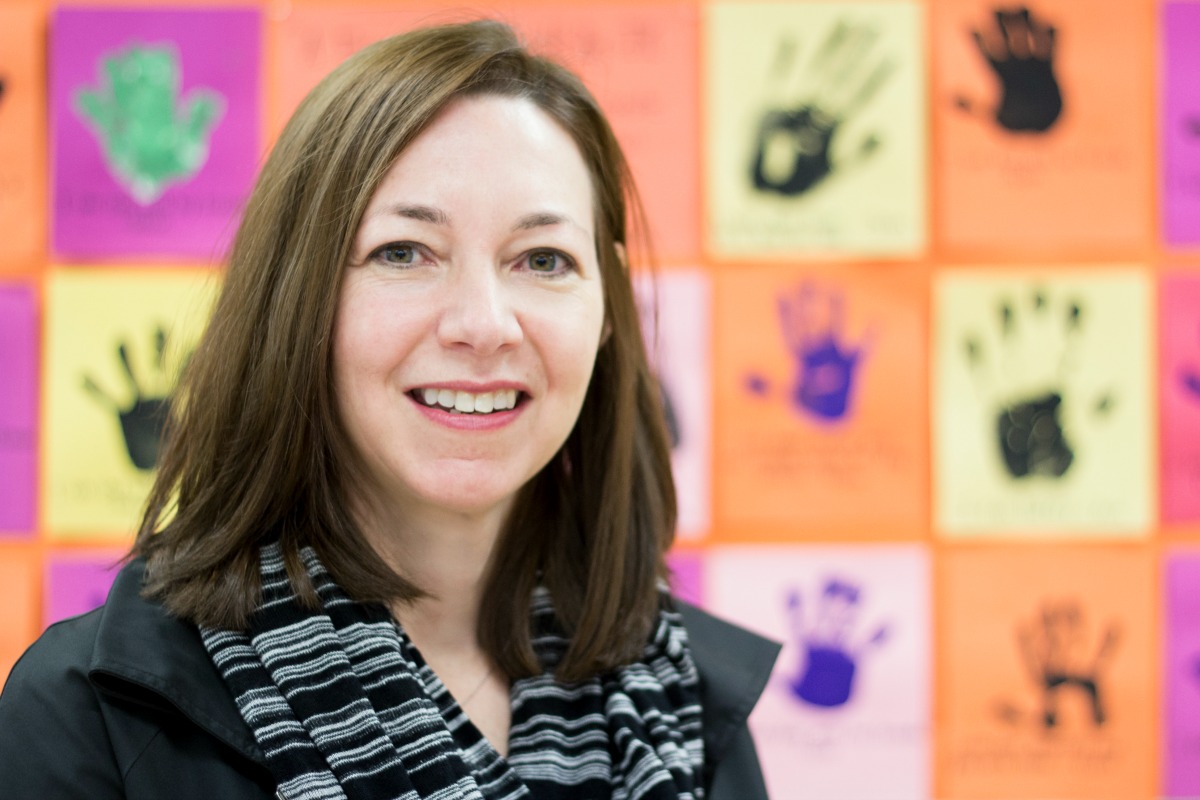 Lynn McGarvey believes it’s never too early to start learning about math, but that doesn’t mean children at preschools should sit around doing sums. She says opportunities to expose young children to mathematical concepts abound in their earliest classroom experiences.

McGarvey, professor of Elementary Education and vice-dean of the Faculty of Education at the University of Alberta, is working with colleagues in Australia to develop resources for preschool teachers to seize opportunities to instill an early familiarity with math.

“Preschools do a wonderful job with lots of different skills, whether it’s social skills or literacy, but math is often neglected. Part of the reason is that a lot of preschool teachers are not familiar with what they could be doing,” McGarvey says.

“We don’t want to add things, because a preschool classroom is a place to play, so we don’t want them just sitting and doing math activities. We want to help teachers recognize the potential in the activities they’re already doing.”

The research, funded by a Social Sciences and Humanities Council of Canada (SSHRC) Insight Grant, looks at common routines in preschool classrooms that lend themselves to introducing mathematical concepts—everything from putting shoes in cubbies, which can lead to pointing out other pairs of things in the classroom, to making sure there’s a place setting for everyone at snack time and that juice is divided evenly, to counting how many students are absent on a given day.

Once these opportunities are identified, McGarvey says the next step is to create resources like videos and supplementary material that show how teachers can take advantage of naturally occurring opportunities to introduce mathematical concepts.

The notion of numeracy shouldn’t be limited to numbers and counting, McGarvey adds.

In a separate research project, also funded by SSHRC, she is working with a transdisciplinary team of researchers from across North America to bring awareness to the need for improved teaching of spatial reasoning, which involves being able to mentally manipulate spatial objects and images.

“There’s really nowhere in the K-12 curriculum where we address spatial reasoning, but there is space for it. So our group has been looking at ways to spatialize the math curriculum,” McGarvey says.

“One of the main tasks is to be able to rotate things in your mind—or in early childhood it might mean we show you a square and a triangle put together, then we cover it up, and you have to draw it. Children who have good visual memory like that are not only successful in certain spatial things, they are successful in number things as well. One study found that kind of spatial reasoning proficiency was the best predictor of success in math.”

McGarvey says the two research projects, as well other work she’s involved in aimed at instilling a variety of mathematical concepts in young learners, aim to promote numeracy the way literacy has traditionally been emphasized as a foundational educational experience.

“When educators and parents move beyond thinking about early math as counting and create opportunities for mathematical engagement in day-to-day activities, then children will experience mathematics not just as a skill or a tool, but a way of thinking and being in the world,” she says.