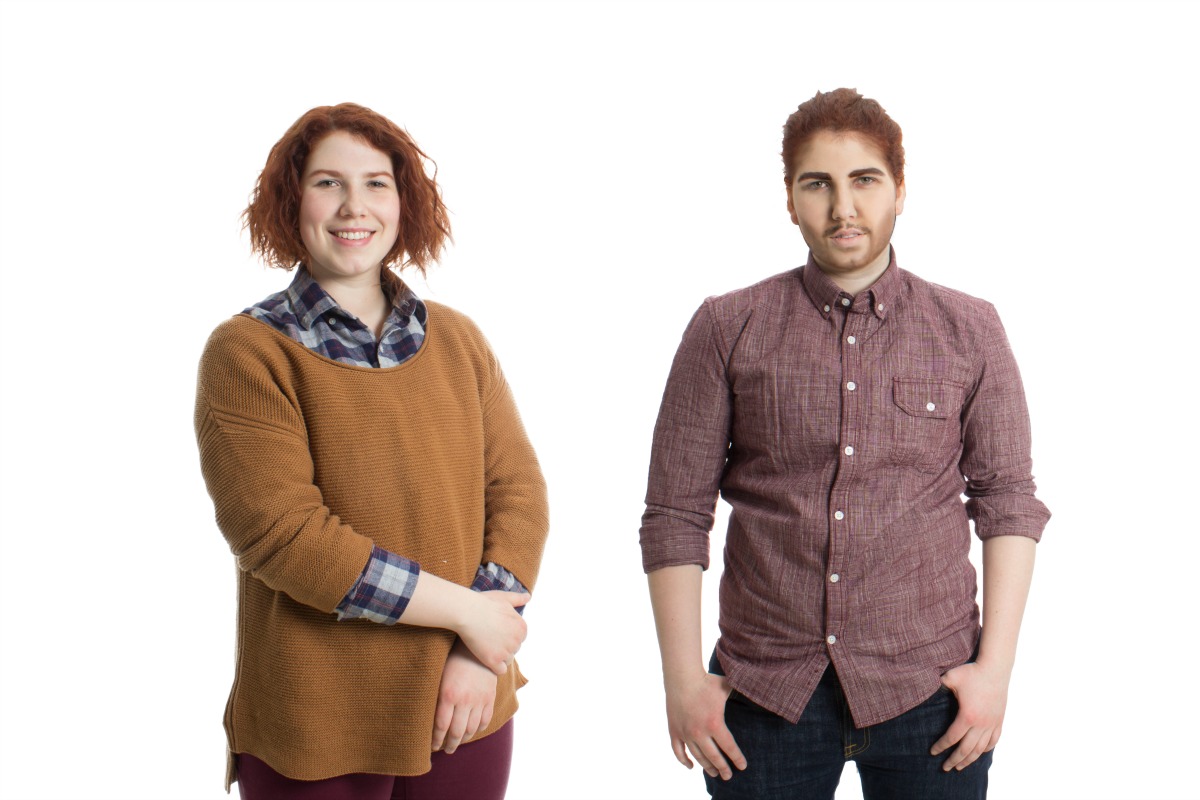 It’s been three years since the first official University of Alberta Pride Week was celebrated on campus. In human years, it’s still a toddler. But the Annual OUTreach Drag Show, which will kick off UAlberta Pride Week 2016 this Saturday, has been around for 13 years. Consider it the spirited older sister that paved the way for its younger sibling.

Hosted by OUTreach, the university’s largest queer social group, the show (dubbed “Lucky 13”) will feature performances from both seasoned and amateur drag queens and kings from around Edmonton.

We spoke with Faculty of Education student Alyssa Demers, 20, who will be performing for the first time as her drag king persona, Al Dem Girls, to get her take on everything from gender performativity to comments by Alberta Education Minister David Eggen about LGBTQ rights. This interview has been edited for clarity.

Q. Is this your first time performing in drag in public? What made you want to do it?

A. Yes, it is. I have thought about doing drag previously, but this is my first attempt at it. Selena Arcovio, a friend of mine that also happens to be the president of OUTreach at the U of A mentioned it to me.

At first I was like "No way!", but the idea grew on me. I thought about it more and decided it was something that I'd have fun trying. Also, I liked the idea of exploring a more masculine side of myself and just enjoying the nature of drag and the drag environment. Being a spectator of drag performances many times previously, I know how much fun it is.

Q. Do you plan to do more drag performances in the future?

A. I think I'll be able to answer this better after the show! I feel a bit like a fish out of water, but I'm just going to take a risk and get up there and see what happens. Whether I'm a natural, or not, I have a feeling this won't be the last time.

Q. Aside from physical differences that are visible to the viewer, what else is different for you when you're in male drag?

A. I definitely feel a lot more loose, more casual. I walk with a bit more swagger, and I find my posture worsens. My stance is more assertive and masculine, same with the way that I sit.

Overall, I find it to be quite psychological; I definitely feel a slight personality shift. Al has a bit of a bad streak. He's an instigator, a more sexualized, provocative being—whereas I am on the shyer side. And although I am laid back, I am not as assertive as Al.

Q. Legislation/ policy that affects sexual and gender minority youth has been a hot topic in Alberta education circles for a few years now. The province’s education minister has referred to LGBTQ rights as the fight of this generation. As a future educator, do you think it's important for teachers in the classroom to be able to discuss issues of gender and sexual identity with students?

I have seen it personally, as the president of [my gay-straight alliance] in high school, and professionally as a preservice teacher ... I cannot adequately stress the importance [of GSAs/ QSAs]. They save lives, period. They keep that integral conversation going and simply exist as a place for students to come during lunch, give support or be supported, learn about themselves and others, and just be themselves. There are few places in life where you can be yourself, and your GSA/QSA is one of them.

Q. Do you think students in junior high and high school can grasp concepts like "gender performativity" and the idea that gender is socially constructed?

A. Gender is indeed a social construct, and I believe that once a student is warmed up to the idea, they understand it a lot better than people that have lived in this social construct longer. You see it all the time with small children; they think of gender as something fluid, as something that can be altered or disregarded.

Once we are assigned a gender at birth, we automatically are thrust onto this linear path that is predisposed: how we will look and act, who we will love, what our life will look like, what our interests will be. The conversation is changing rapidly, but people still are surprised to find out that you do not need to conform, you don't even need to identify with a gender if you choose. Trans folk that I've talked to sometimes did not even realize being Transgender was an option initially; when they learned about gender diversity, they finally had an answer to their questions, a reason for their feelings.

I am definitely seeing a change in this generation—more and more people are coming out as Transgender, Genderqueer, Agender, etc. There are simply more people experimenting with gender variance and realizing that gender is not a box, but rather a spectrum. I believe this is solely due to the fact that the conversation is happening and that it is continuing. It is more socially acceptable now than ever to look the way you want and identify the way you want. On the same coin, with the increase of deaths of Trans* folk, especially Trans* women of colour, it is clear to us as a community there is a long, hard road ahead.

Q. What does UAlberta Pride Week mean to you?

A. Personally, it is an opportunity for education, for visibility, and for self-reflection. I attend the events, conferences, talks, symposiums, and I learn so much. And not only about queer topics, but about intersectionality: about race, class and body politics, sexual health, other diverse communities. It is pretty great to engage in knowledge transfer with so many like-minded people.

Further, UAlberta Pride Week is a big reminder to me. I am reminded not only of my triumphs as a queer woman, but also why I choose to work within the community to push for positive social change. I look around at the extensive list of events, signage, rainbows, and people involved, and I do feel proud. What we have on campus, with The Landing, OUTreach, and iSMSS is brilliant, and it is amazing to be able to feel safe and accepted on campus and to know that an entire community of us not only exist on campus, but make waves.

UAlberta Pride Week is made possible in part through the work of the Institute for Sexual Minority Studies and Services (iSMSS), located in the Faculty of Education. Interested in supporting the work of iSMSS? You can make an online gift.