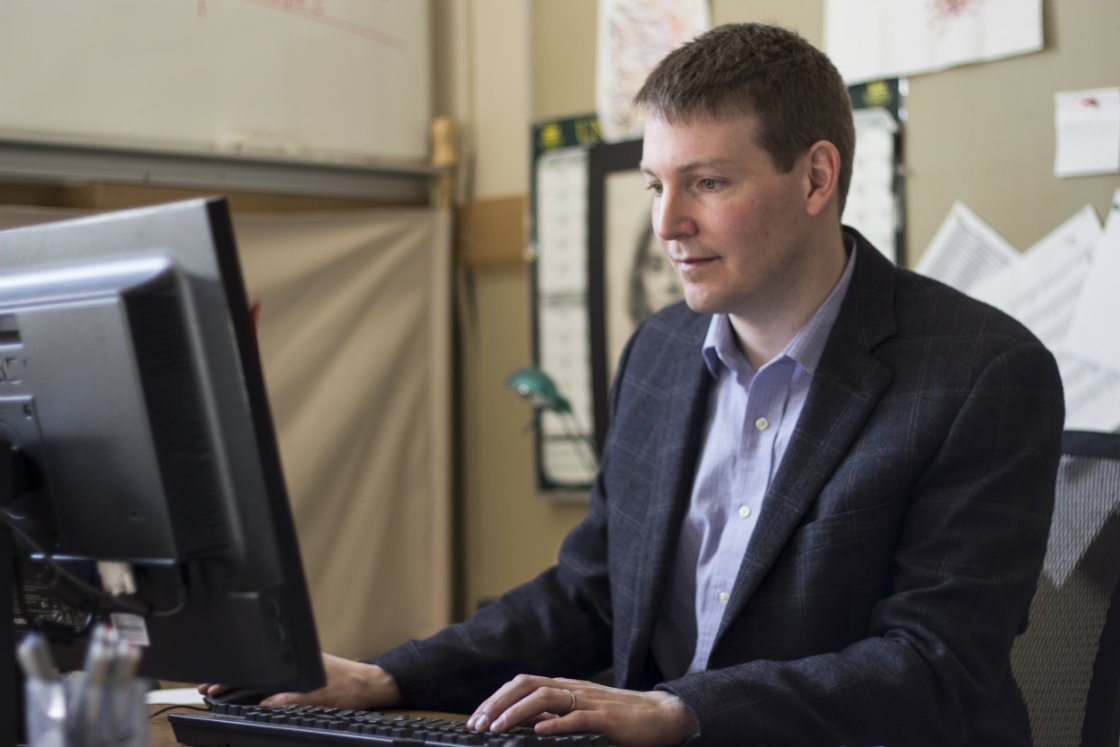 While Michael McNally grew up in the information age and qualifies as a “digital native”, the 33-year-old assistant professor in the School of Library and Information Studies is not one to take the digital world for granted.

Together with his colleague Dinesh Rathi, McNally is tackling the sticky issue of broadband policy and hopes to influence government regulators as Canada moves forward with providing access to all Canadians.

Fundamentally, it is a question of access and digital divides, which is why these researchers are pursuing the question. “Information now requires digital infrastructure to get it to you. How we physically connect people through the infrastructure is just as important as the information we move,” says McNally.

The project, titled “Implications of Broadband Policy on the Digital Divide between Communities”, has been funded by the Social Sciences and Humanities Research Council. It looks at what kind of policies, primarily federal, are most effective at bringing broadband to rural communities.

Currently, Industry Canada’s Spectrum Policy Framework for Canada is the primary document guiding decisions about wireless broadband access in this country. The stated policy goal is to “maximize the economic and social benefits that Canadians derive from the use of the radio frequency spectrum resource,” but somehow, that isn’t happening.

There are still many communities, mainly rural and remote, with little or no access to the Internet. Professors McNally and Rathi are hoping to find out why and look at ways to make it better through their three-part project.

Anatomy of a research project

“First, we will look at federal and provincial policies, because often the provinces are stepping in where the federal policies fall short,” explains McNally. “The next piece is some comparative work. We are going to look at the U.S., Australia, Argentina, South Korea, and India. We have purposefully chosen those countries because they share some quality with Canada: they are industrialized, geographically and topographically challenging, and/or distinct urban and rural populations.”

The third phase of the project will involve interviewing rural Internet service providers. “We want to hear, firsthand, what their views and concerns are,” says McNally.

“The work that we do on this project will inform the policy makers, both federally and provincially, academics and also industry, to some extent.”

For Canadians, the complexity of the issue is a barrier to participation in consultations. “The policy is very dense -- different bands, frequencies, usages. It takes a lot of knowledge to absorb and understand. Deciding whether the band plan architecture should mirror [that of] the U.S. is not something that people have any sense of.”

The results of the research will contribute to national discussions on spectrum access, which many Canadians take for granted. Between 2008 and 2012, fewer than 100 citizens provided feedback on public consultations regarding spectrum auctions, including one 2012 auction that licensed $5 billion of spectrum. Without more voices, the government is only hearing from industry stakeholders: primarily Telus, Bell and Rogers.

At 10 a.m. on April 14, 2015, Industry Canada opened a new auction for 318 blocks of wireless spectrum across the country in the 2500 MHz band. The reserve price, the lowest bid level that Ottawa would accept for new spectrum, is set at $252 million. Results of the auction should be posted within five days of the end of bidding.

Today, most Canadians living in cities have access to the Internet at home and on their mobile phones, but according to McNally, access is not ubiquitous. “We have a digital divide between economic groups, and rural and urban Canadians.”

McNally notes that libraries are the traditional repositories of information, and historically they were some of the first places Canadians could access broadband Internet. But increasingly the traffic at public libraries is less about the books in the stacks and more about digital access.

“Go into any library, and where is it busy? Not at the bookshelves anymore. It’s at the library Internet terminals.”

Feature image: Michael McNally of SLIS is researching broadband policy in Canada along with colleague Dinesh Rathi (not pictured).