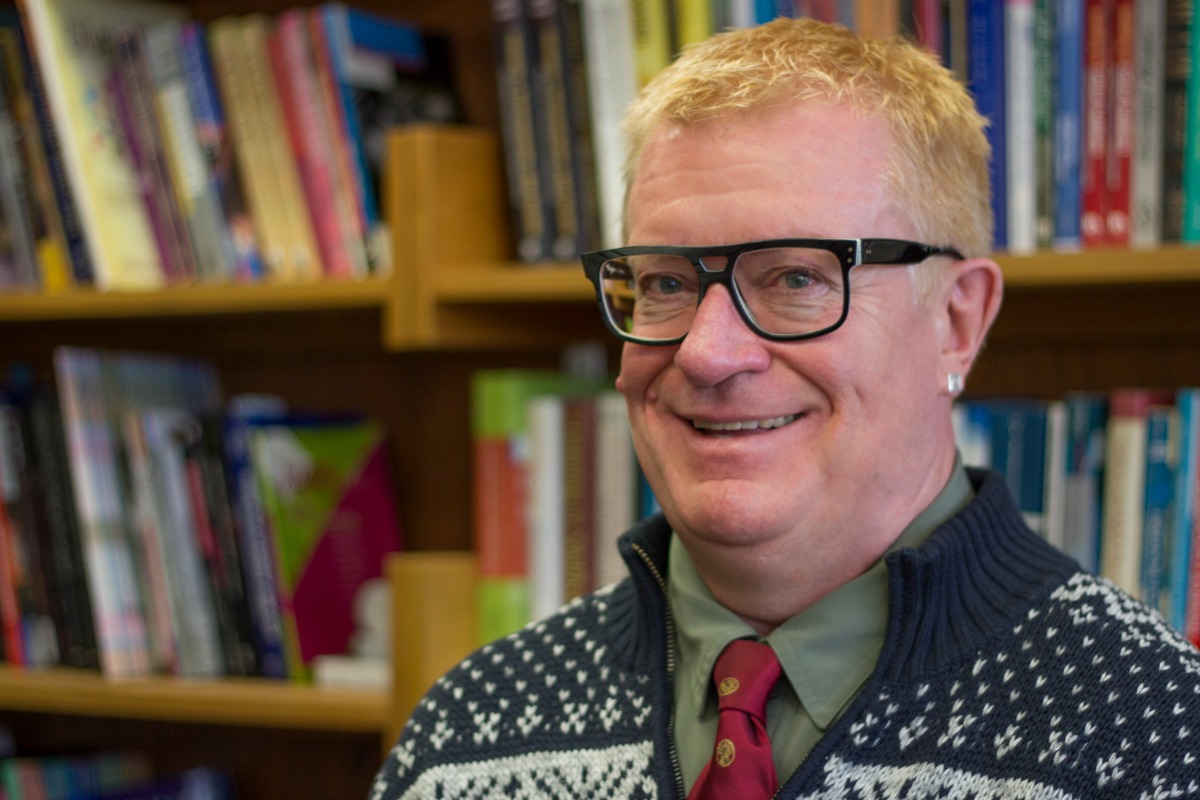 Unfounded parental fears have always outweighed a student’s right to access comprehensive sexual health information in school, according to education professor and researcher André Grace. He says it’s time for provincial and territorial governments to put the health and safety of young people first by making sexual health education mandatory for every student.

“I’m really pushing that, even when it’s a good program, it’s not good enough if it’s not universal and mandatory for every single student in a school,” said Grace, Canada Research Chair in Sexual and Gender Minority Studies in the Department of Education Psychology. He recently published research on the need for provincial legislation to support comprehensive sexual health education in Alberta schools in the Canadian Journal of Education.

“Dealing with sexual health in schools is still very much treated as a moral and a political issue when it should be considered an epidemiological issue. We really need to be focusing on what Alberta Health is telling us, what the Public Health Agency of Canada is telling us. We’ve had Canadian guidelines for what sexual health ed should include since 1994, and we’re still struggling to give all students access to comprehensive sexual health education so that every child is healthy.”

Grace created the Comprehensive Health Education Workers’ (CHEW) Project in 2014 in response to rising rates of sexually transmitted infections (STIs) including HIV and syphilis among Albertans aged 15 to 24. His team of sexual health educators provides health information and services to LGBTQ+ youth in Edmonton, especially those who are street-involved or homeless. He said all youth, regardless of sexual orientation or gender identity, need access to sexual health information that supports good decision-making and self-care, and that the provincial government has a responsibility to mandate the provision of that information.

“We have all kinds of examples from our inner city project where young people are being tested regularly for STIs—we offer accessible and free testing to the youth we serve—and having to work with a youth who has just been told they have an HIV-positive diagnosis is still a fact of life for us,” Grace said.

“I look at scenarios like that, I look at scenarios where we know STIs are prevalent in junior and senior highs—that’s the underbelly of the school no one talks about. You can have an outbreak of an STI at a school and it’s kept quiet, it’s not publicized. So, my argument is that nothing changes until we have changes in legislation.”

There ought to be a law

Grace added that Alberta has made strides in passing legislation that creates social spaces and provides supports in schools for sexual and gender minority students, but that such legislation only addresses climate and culture. What is needed is legislation that guarantees every student access to crucial sexual health information.

“But all students need to know about all the dimensions of gender and sexuality, where they fit in, and about safety, making good decisions around engaging in sex, really being concerned about their sexual health and how that relates to their mental health. That should be a norm in school.”

Grace said the responsibility for comprehensive sexual health education doesn’t lie solely with provincial and territorial governments. School districts also have a key role to play, as do Faculties of Education in properly preparing teachers to deliver the best possible information in their classrooms.

“Faculties of Education don’t have sufficient emphasis in teacher education courses on sexual and gender diversity and on sexual and mental health. It’s piecemeal, and it allows faculties to say they’re doing something. It is something, but it’s not enough,” Grace said.

“If teachers have knowledge and understanding they’ll be more comfortable when they get out into a school developing lesson plans around what is sanctioned in the curriculum, and bringing in health care professionals to assist in the delivery.”