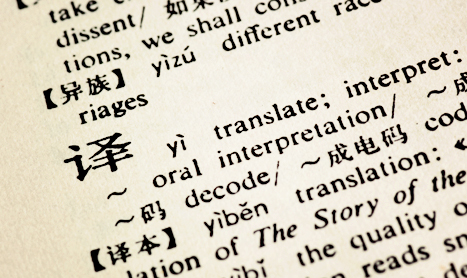 Imagine you are eight years old. You’ve stepped off an airplane into sub-zero temperatures and a world of white. You’ve come from a sub-tropical country and do not speak English. Soon you’ll realize you have a new home, school, and socio-economic status.

These are some challenges immigrant students face when entering Alberta’s school system.

Joe Wu, associate professor, elementary education, has researched and taught within the context of bilingualism and English as a Second Language.

He graduated with an honours degree in Harbin, China, before emigrating to Canada in 1987. Here, he did his masters and PhD, then taught for 8 years in elementary and junior high ESL and bilingual programs. “You must have this kind of experience to teach future teachers to teach!” he explains.

Wu teaches undergraduate students to become ‘cultural tuned,’ helping them address the individual needs newly landed and ESL students face. The key, he says, is finding ways to help them fit in while taking pride in the world they came from.

“Socialization is more important than academic success at the beginning,” he says. “Without friends and acceptance there’s a big threat with long-term effects.”

It’s important to remember, too, that some students are Canadian born, but their home language is not English. These students also face unique challenges.

Alberta Education promotes languages in its school programs. Their website states, “Research shows that learning a second language greatly contributes to a student’s educational experiences, personal growth and development of higher-level thinking skills. Alberta Education believes in the importance of providing students with expanded opportunities to learn a second language.” Faculty of Education | University of Alberta“Edmonton has a unique bilingual program,” explains Wu. “Children spend half of class time learning in English, and the other half in international languages. Our school board has seven such programs.”This initiative started in the mid 1970s and the Chinese bilingual program started in 1981 – it’s the biggest such program, educating approximately 2,000 students.

“Bilingualism opens doors. International law, business – the reality of globalization is upon us. People often see English as the global language, but in business there should be mutual understanding. Language takes you deeply into culture.”

It is often thought that multiple languages limit ‘regular’ learning – the interference assumption – but Dr. Wu’s research shows the effect is not subtractive.

“It becomes a cognitive advantage. Neuroscientists are using MRI to examine the effects of second language and the results show it has similar effects as learning music.”

One strategy Wu teaches in his methodology courses is RTI – Response to Intervention. Imagine a triangle. 85% makes up the base – where children study in mainstream classes with the support of ESL-trained teachers who employ specialized techniques.

“ It is often thought that multiple languages limit ‘regular’ learning – the interference assumption – but Dr. Wu’s research shows the effect is not subtractive. It becomes a cognitive advantage. Neuroscientists are using MRI to examine the effects of second language and the results show it has similar effects as learning music.

“This is a better method than the pullout classes of the past. Children learn faster through other children – better than they learn from teachers,” he says, jovially. It also avoids the ESL stigma. “When kids are pulled from class for two hours, they feel they’ve done something wrong.”

The next 10% of the triangle is for those not progressing. Specialized help with aids in a mainstream class, or another ESL teacher, may be required.

The final 5% are students diagnosed with special needs – often hard to determine initially.

Day one has a big impact. Wu recommends preparing the class by practicing the child’s name, learning where the student is from, and having children know where the child’s desk and cubby are.

“I’ve seen teachers sit new immigrant children in the corner and had them draw pictures all day – excluded from regular lessons,” says Wu. “Get them involved from the start.”

Wu says he knew of a child recommended for a diagnosis of a learning disability – the child was thought to be autistic. He was in the Chinese bilingual program. The English teacher was worried, but the Chinese teacher said he was actually performing well in class. “In fact, the problem was a cultural misunderstanding,” says Wu. “If he’d been in a mainstream class he might have been crushed. The bilingual program was something he could be proud of. It shows how the environment really affects learning.”