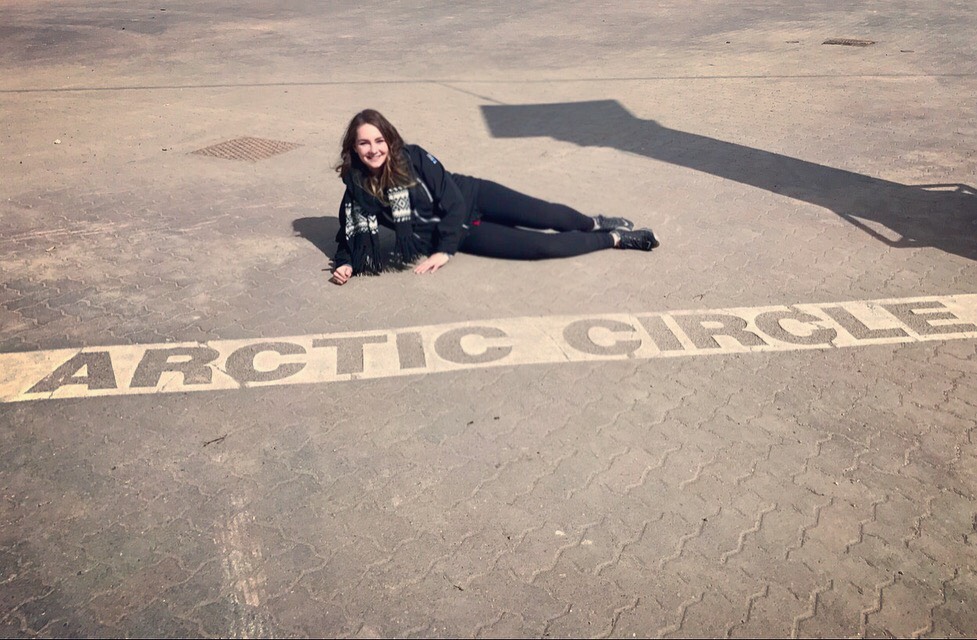 A trip above the Arctic circle in Scandinavia showed a University of Alberta student that Indigenous people in distant countries have a lot in common and can support each other in preserving their culture and traditions. Kaitlyn Walcheske says she’s drawing on her first international travel experience to find ways to support Indigenous students at home and to help amplify their voices—with the help of a grant from the Peter Lougheed Leadership College (PLLC).

Walcheske, a fourth-year Secondary Education student of Métis heritage who hails from Ponoka, Alberta, traveled to Finland in the spring of 2017 for a “stretch experience,” a 200-hour volunteer project required by the leadership certificate program. She says that before embarking on the trip she had a hard time finding out what the education experience was like for the Sámi, the Indigenous people found in the northern parts of Finland, Sweden, Norway and Russia.

Connecting with community across the globe

The first part of Walcheske’s trip saw her meet up in Helsinki with a contingent of Alberta students and teachers taking part in an educational exchange with Finland. Walcheske then travelled to the city of Turku, where she was teamed up with a high school English teacher. From what she heard and saw, Indigenous history and knowledge were not a conspicuous part of Finland’s school curriculum, she says.

For the last leg of her experience, she arranged a solo visit to a post-secondary institution in the city of Inari above the Arctic circle in Sápmi, the homeland of Finland’s Sámi.

““It’s about collaboration and credibility, talking to Indigenous communities and creating those relationships to incorporate knowledge that is authentic and true and needed, and doing so in a way that’s respectful and sustainable within their schools.”

“When I got to Sápmi and started meeting people, I found this community that welcomed me and accepted me like I was one of their own. And we were able to talk and understand things about each other, about how colonialism works on a personal level, and about identity. It was amazing I was able to have such deep conversations with people I just met over the fact we had similar understandings of being and the hope in community to fight and be resilient.” In some cases, she says, the parallels between the experiences of Indigenous peoples in Canada and Finland was striking.

“The biggest shock was that the whole Canada 150 thing was going on while I was in Finland, and the same thing was going on in Finland with the 100th anniversary of their confederation, which was called Suomi 100. The Sámi people were like, we’ve been here for thousands of years.”

From stretch experience to international collaboration

But Walcheske didn’t just have great conversations during her time in Inari. She also captured interviews with Sámi people about their educational experiences and the barriers they face in non-Indigenous schools. Walcheske plans to edit this footage, along with interviews she conducted at Ermineskin School in Maskwacis, into a documentary.

To this end, Walcheske received a 2017 Tavender Award, a $5,000 grant that enables PLLC scholars to expand on their stretch experiences. Walcheske says it’s part of an international Indigenous collaboration initiative that will document how different schools, teachers and students in Indigenous communities are approaching Indigenous empowerment at both personal and curriculum levels.

“It’s about collaboration and credibility, talking to Indigenous communities and creating those relationships to incorporate knowledge that is authentic and true and needed, and doing so in a way that’s respectful and sustainable within their schools,” Walcheske said. “It would also be very beneficial to non-Indigenous people and the schools that looking to learn more about Indigenous culture.”

You can read more at Walcheske’s stretch experience blog.