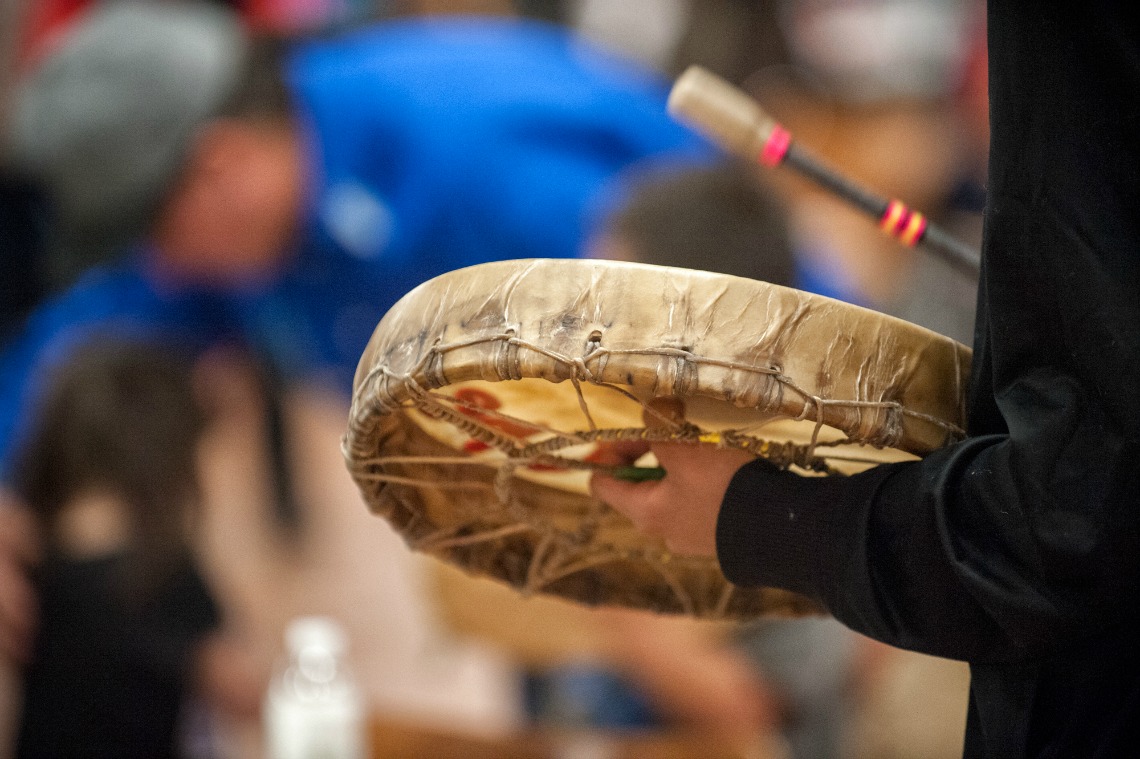 The legacy of residential schools lives on in Aboriginal people across Canada. Survivors, along with their children and grandchildren, still bear the scars of being torn away from their families and communities and denied their culture and language.

“The Truth and Reconciliation Commission was very important, because it reached a much wider audience, and Canadians need to know what happened to Aboriginal people,” says Evelyn Steinhauer, professor in Educational Policy Studies and director of UAlberta’s Aboriginal Teacher Education Program. “People in Canada don’t have a good understanding of the residential schools [system] and the long term, intergenerational effects it has had.”

Steinhauer notes that kinship and relationships define Aboriginal people, and the destruction of those family and community links is a big part of the social dysfunction we see today. In fact, the United Nations’ definition of genocide includes removing children from their communities based on race, and then placing them with another race to indoctrinate them.

“ “The experience of the residential school system is a real part of my history, but for many students, it is totally outside of their context, and they challenge it," says Evelyn Steinhauer.

In the spirit of reconciliation and in keeping with its commitment to reflection, open inquiry and the pursuit of knowledge, the Faculty of Education contributed to the work of the Truth and Reconciliation Commission (TRC) throughout the process, which began June 2008, as well as at the final TRC event held in Edmonton in March 2014.

The faculty implemented a mandatory undergraduate course (EDU 211) in 2013 for all bachelor of education students to fill in the blanks in Canada’s history with Aboriginal people, including the residential school system--and discuss how to approach it in terms of their own teaching careers.

“We teach that class to 800 students every year, and before I lecture, I am always nervous,” says Steinhauer. “The experience of the residential school system is a real part of my history, but for many students, it is totally outside of their context, and they challenge it.”

Steinhauer estimates that only 15 per cent of students will really “get it” in the class, but hopes that the stories and lessons from the class will stay with them as they become teachers.

Last year, the Faculty of Education sent many volunteers--faculty members and students alike--to the TRC event in Edmonton to share whatever relevant skills they could offer.

“Talking about my own family’s experience opens wounds again for me, and I am lucky enough to have the tools to deal with it,” says professor Steinhauer. “Imagine the 700-plus people who shared their stories at the Edmonton TRC event. Imagine those who don’t have the skills and tools… . So many wounds were opened.”

Educational Psychology student Chelsea Hobbs recalls the event well. “Our professor, Sophie Yohani, made volunteering on the [TRC’s] Education Day part of our EDPY 542 course on cross-cultural counselling. The course itself was impactful, but participating in the TRC and learning about a part of my own country’s history first hand really hit home.”

Each student counsellor was paired up with a school group, to help provide support should there be strong reactions during the event. “Some students, especially the older students, reacted strongly. They finally had an explanation for some of their parents’ or grandparents’ behaviours and began to put things in context. For some, I think it really helped them to make sense of their lives.”

Hobbs was so moved by the experience as a volunteer that she returned as a witness for the remaining days. “Before volunteering, I was aware of residential schools, but don’t think I really understood the impact,” she says. “Hearing the stories, some stories that had never been told before, gave me an understanding that the impact of the residential school system affects more than the Aboriginal people of Canada--it is part of our shared history.”

“ “Participating in the TRC and learning about a part of my own country’s history first hand really hit home,” says student Chelsea Hobbs..

“As I go forward in my counselling career, I feel like I’ve learned that the Western way of looking at things isn’t the only way, and by knowing that, I can be an active participant in moving the reconciliation forward,” says Hobbs, who will be graduating with a master’s degree in counselling psychology at spring convocation this week.

As the TRC wraps up its work engaging communities and giving a voice to so many who were silenced, the work will continue.

Closing events for the TRC are taking place in Ottawa-Gatineau from May 31 to June 3, 2015. Click here to see the full program.

The U of A invites all staff, students and community members to gather to view the live stream of the TRC report’s release at these designated campus venues: Edmonton Clinic Health Academy (ECHA), room L1-490, and Cameron Library. Doors at both venues will open at 8 a.m.

The day’s events will begin at 8:50 a.m. with a video message from Mayor Don Iveson, followed by the live stream from Ottawa at 9 a.m. You can also watch the webcast from your desk on the TRC website.