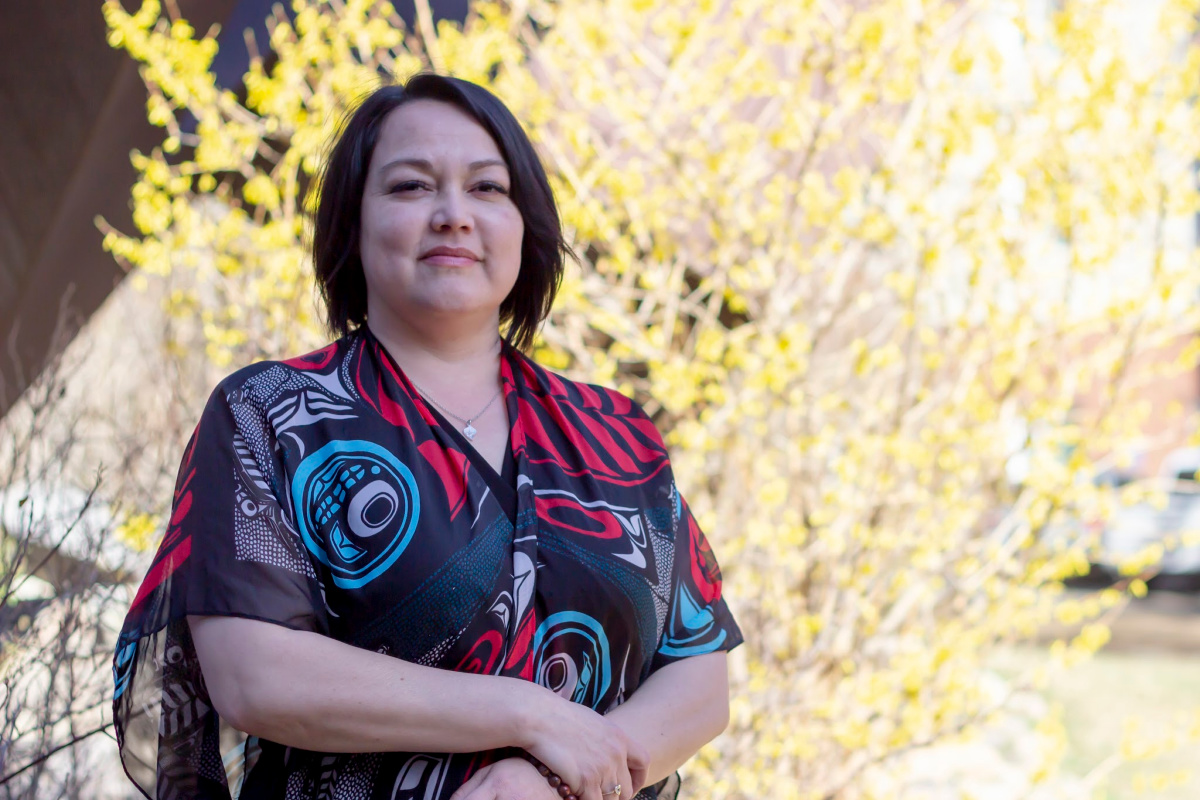 Trudy Cardinal has fond memories of the ways in which traditional and cultural knowledge were shared when she was growing up in northern Alberta. That’s why the professor of elementary education wants this generation of young Indigenous women to have a similar opportunity.

“So I wanted to recreate an experience like that for young women where we could, in a process of living together, inquire into the stories to live by they currently hold. What are they currently hearing about who they are supposed to be? How are they making sense of who they are becoming? Part of the process of living together is giving them a space and vocabulary to talk about it.”

This summer, Cardinal plans to launch Braiding Stories to Live By, a program for young Indigenous women aged 10 to 16 to give them a chance to participate in activities that will also expose them to the intergenerational wisdom of elders and other women in their community and support them to identify their own strengths.

“This idea of stories to live by is that the stories we are told or that we experience shape our identity and how we live in the world. I was really interested in creating a space where young Indigenous women can come together with multiple generations of women to create this beautiful circle of intergenerational knowledge,” Cardinal said. “So how do we honour that deep wisdom from our ancestors and our culture with who we are in this moment to create a vision of who we want to be in the future?”

The pilot for the program will be based in Fort McMurray. And though she acknowledges the inspiration she’s drawn from the Young Indigenous Women’s Circle of Leadership, a Cree language summer day camp that has taken place on the U of A campus in recent years, Cardinal says Braiding Stories to Live By will be co-created in community with her daughter Kyla Cardinal, and will continue to evolve through consultation with elders, community members and the participants themselves.

“I wasn’t going to bring a preconceived program designed and established and lived on a university campus in an urban setting and just put it into rural communities. I want to build on my own research, a narrative inquiry into the experiences of Indigenous young women, and work in communities and create something with a more grassroots feel,” Cardinal said.

The program itself will run for five days, but Cardinal will be spending a year-long sabbatical in the area to build relationships and honour the contributions the community is making to the program and her research. There are also some personal reasons for returning to northern Alberta.

“I want to go back and sit with the grandmothers and great-grandmothers and aunties, in this community my daughter and granddaughter have called home, because I understand the strength of that,” Cardinal said.

“I want to go get those teachings again, the wisdom I haven’t been around since I was a child. Now that I have all these western ways of thinking about identity and stories, I want to go back and sit with the women and learn about self-care and wellness and creating that balanced life.”

The Braiding Stories to Live By program is made possible by donations from Urban Systems Foundation, Pembina Pipeline Corporation, and Barry and Suneeta Jobanputra through the Aabhaar Fund, as well as several other generous individuals.