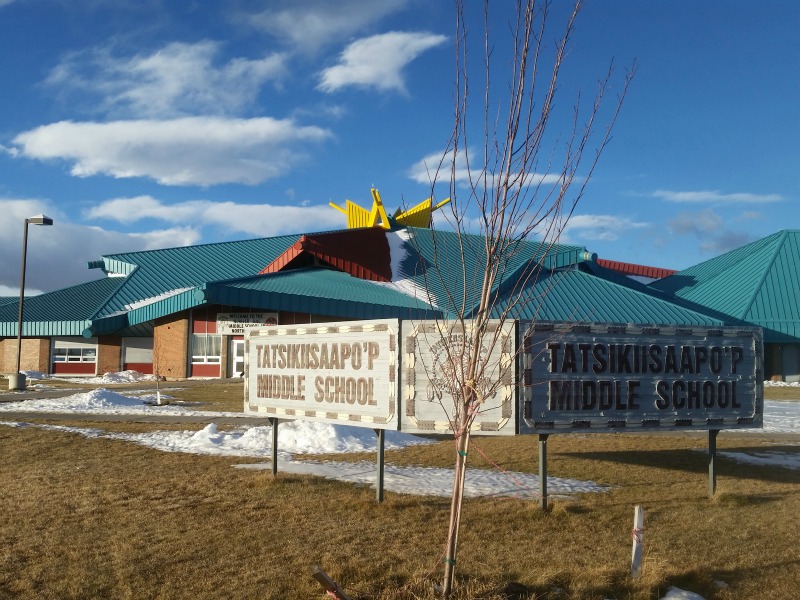 Separated by thousands of kilometres, three Indigenous community schools in western and northern Canada are taking part in an innovative partnership with University of Alberta researchers and supporting organizations to find new ways to engage Aboriginal students that better serve their diverse educational needs.

“The point of the partnership is to see where students are at in these three schools and nurture educational success for the students through participatory, collaborative curriculum development,” Conrad says. “So we’re working with teachers and kids in the schools, doing integrated project-based work, bringing in social studies and language arts and visual arts, technology, and language and culture which are unique to each of the communities. Each school is doing it a bit differently based on the needs of the community.”

“The work there is sort of place-based education, so looking at the significance of the place and what place means to the community, identifying places on a map, and creating stories about the significance of those places for the students themselves,” she says. “They’re also gathering stories from families and elders about what places mean to them, and traditional or historical stories related to the places, and creating representations of those stories.”

Although the curriculum for each site will be developed locally, students at all three schools will use the project’s web portal to showcase their work and discuss what they’re learning. This dialogue between students, carried out through written comments, instant messaging and video chat, is a key component of the project, says Conrad.

“The idea is to provide an authentic audience for the kids. They’re creating something in order to talk to the other kids about what they’re doing and learning. It’s very much a student-to-student exchange,” Conrad says. “And hopefully that will help them see a bigger world, see other cultures and appreciate their own, and from that build a greater sense of identity and pride in culture and community.”

While working with Indigenous learners hasn’t been an explicit focus of Conrad’s work until now, she says her experience as an educator and researcher has consistently brought her into contact with Aboriginal youth and helped prepare her for the Youth X-Change project.

“I do arts-based work, so I’m all about creativity, and the youth I’ve worked with previously have really responded to it so, in that sense, I’m bringing what I know works to engage students,” she says. “They find it fun, and it’s also a great way for them to express themselves and their knowing. The technology aspect of this project helps with that too. A couple of youth did claymation projects that included writing a story, sculpting figures, taking pictures with an iPad, then using software to animate them. To see that emerge from a ball of clay, and to end up with this little movie, is amazing, and it’s really empowering for the kids to know they can do that.”

The intent of the project is to follow the same students for three years, co-developing curriculum and building capacity for teachers drawn from the communities involved.

In the longer term, Conrad says, the hope is to develop a model that can be taken and adapted for use elsewhere. She’s also hopeful the project will yield successes that lead to more funding for the partnership between schools, research institutions and Aboriginal organizations underpinning the project.

“We’d like this to provide a model for doing this kind of work, at least a template, that can be adapted to different communities—every community has to do it their own way. We do want to include teacher education programs amongst the groups to which we disseminate the work,” she says.

“A partnership grant might follow this depending on how successful we are developing this partnership. It would be good if we could keep this project going for 10 years. We could get more schools involved.”