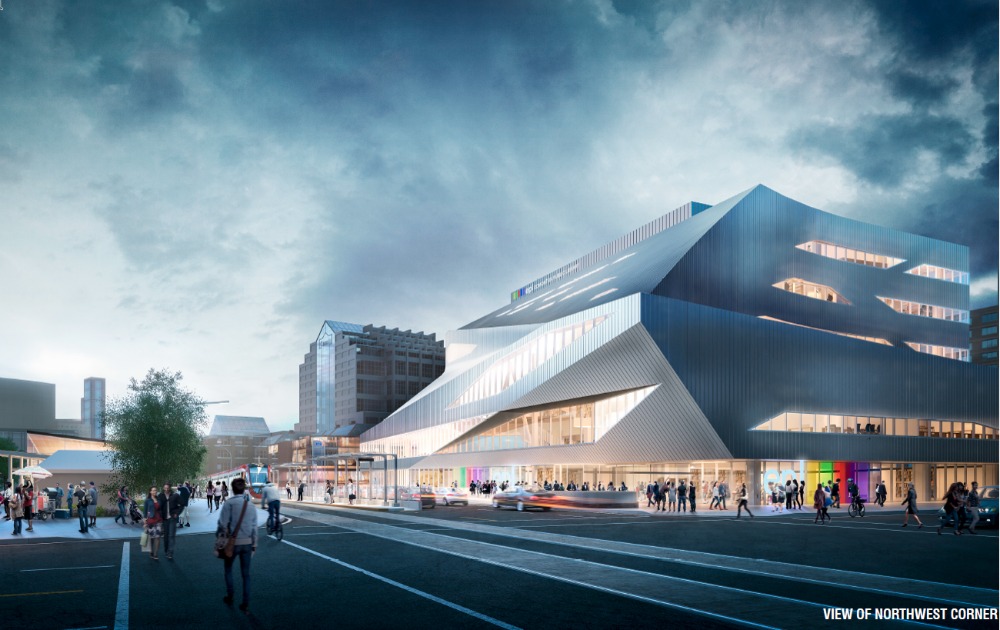 Everyone seems to have an opinion on the renovation of the Stanley Milner Library. Perhaps that’s inevitable when you decide to make over a building that not only borders one side of Edmonton’s main public square, but also acts as an anchor for community-building in the urban core.

So when the Edmonton Public Library started talking about a major renovation of the flagship downtown library several years ago, everyone from former mayor Stephen Mandel—who famously hated the Milner’s 1960s-era aesthetic—to the 4,000 or so patrons who stream through its doors daily, had something to say.

There to help filter and organize the suggestions from across the city was Pilar Martinez, EPL’s chief executive officer since 2015. Martinez has risen through the ranks since she started there in 2000, and she spent two years as deputy CEO before taking on the top job. Along the way, she has helped transform EPL's approach to community engagement, with a formal "community-led philosophy" adopted into the EPL business plan in 2006. That organizational shift meant that when it was time to revamp the Milner, EPL was committed to take its community consultations seriously.

"This was a fundamental shift in saying, 'We can't sit behind the desk anymore,'" says Martinez, recalling that EPL hired about 20 community librarians to do outreach as part of the strategy. "We engaged with community to find out, 'Hey what are your interests, how can we help you, what are your barriers to accessing library services, how can we deliver them differently?' Then it's delivering those programs outside our walls if we need to."

In the case of the $69-million Milner renovations, some of the feedback was expected: people wanted more natural light, reading nooks, meeting rooms and study spaces. But there were other things that surprised even Martinez, a veteran in library management, including the desire for art space, where people could create works in different media.

Consultations with the city’s Indigenous communities also led to inclusion in the re-development of a round room for Indigenous ceremonies that will be ventilated to allow for traditional practices such as smudging. Martinez heard from Indigenous elders that the space “can’t just be beads and bannock” and needs to be “nurtured and cared for” by members of the community. To that end, the library just named an inaugural Elder in Residence this month.

The shift to a “community-led” philosophy stems, in part, from shifts in technology, says Martinez. Years ago, people would call the library to ask “What’s the capital of the Seychelles?” or “What’s the population of Ukraine?”

Librarians now get more complex questions, often related to the use of technology. Staff are told they don’t need to know every gadget or platform, but they need to understand the basic principles and be able to work with clients to find answers to their questions.

“Before it was, ‘We’re the experts. We know best. We can tell you what you should read,’” says Martinez. “That’s really shifted. We’re out of our library spaces a great deal, engaging with communities, asking what they need, delivering services. It’s much more of a co-learning model. Sometimes we don’t know, and we’re working with a customer to figure it out.”

‘Committed to the values of the profession’

That’s a big change from when Martinez first started studying library science at the University of Alberta. After initially contemplating a master’s degree in English, Martinez kept thinking back to the librarian who had helped her so much during the last year of her undergraduate degree and decided to pursue that path.

“The idea of helping people really appealed to me, and the gratification of making things easier for them,” says Martinez.

After graduating with her MLIS in 1990, Martinez launched her career with the Yellowhead Regional Library. She went on to manage two branches within EPL, eventually progressing into more senior management roles, earning accolades as she has risen through the ranks.

“She’s bright, she’s optimistic, she’s committed to the values of the profession,” says Toni Samek, a professor and chair at the UAlberta School of Library and Information Studies.

"She rolls up her sleeves and puts herself at the kitchen table and learns from the people around her, so she's not just in an executive office at EPL, making phone calls and delegating and pushing. She's on the ground, she's everywhere. We we see her everywhere and we always have and that's what's special about her," says Samek.

A place for outreach—and innovation

The community-led strategy that informs Martinez’s vision also serves the EPL well as it works to determine how to best serve the city’s most economically and socially vulnerable populations. These men and women, who are often shuffled out of quasi-public spaces such as the city’s malls, had become fixtures in library branches over the years.

The EPL decided to hire social workers to connect with these patrons after researching similar outreach efforts in San Francisco. Several inner city agencies, already long-time supporters of the library, endorsed the idea.

“They’d say the library is the only place where people can come and not be judged. You can come and be who you are. We were commended for that,” says Martinez.

Engaging with the communities that use EPL will be more important than ever as the digital era disrupts the use of hard-copy books even more than it already has. Martinez says there is an on-going decline in physical material usage, a trend experienced by libraries around the world.

The EPL has adapted to that trend by constantly evaluating its programs and services, a process that will continue beyond the projected opening of the renovated Milner Library in 2020. As technology evolves and more people search for information in new ways, EPL will have to evolve, too, in order to stay relevant to the community that has so long embraced it.

“What does that mean for us?” says Martinez. “We have to think about how we’ll be transitioning over the next decade to make sure we continue to be innovative and meet the needs of our community.”